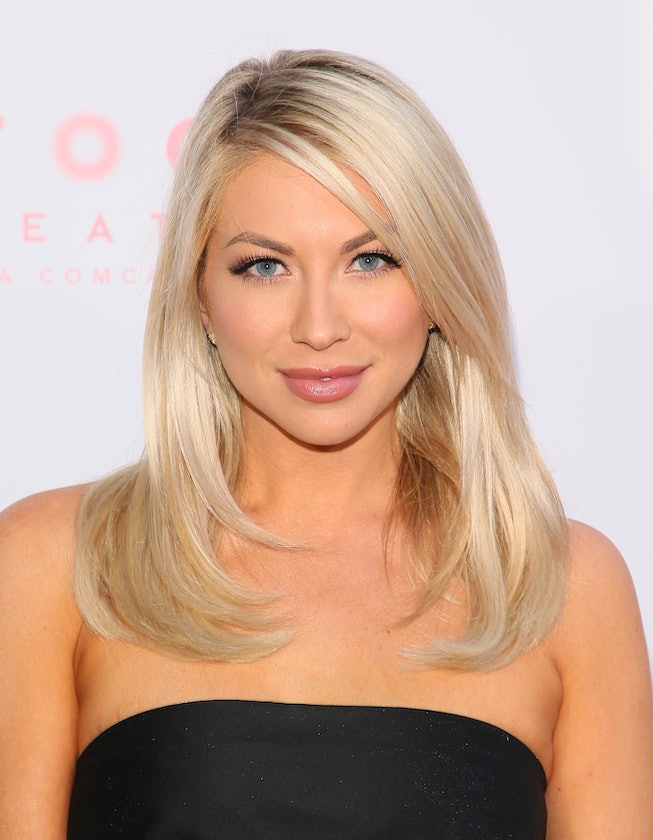 Over the past few months, people across the entertainment industry have been forced to reckon with the mistreatment that has been inflicted on others — primarily minorities (women, people of color, queer people, etc.). There were, of course, the horror stories about Lea Michele making life "a living hell" for some of her (Black) coworkers on Glee. Then, there was everything that befell several key members of the Vanderpump Rules cast, when Faith Stowers came forward about the racist behavior she endured while appearing on the show, resulting in the firing of main cast members Stassi Schroeder and Kristen Doute. It's a reckoning that is long overdue in the falsely liberal space of Hollywood, but it's also one that is definitely hurting the networks' bottom lines. Which is why, I guess, several networks will now add clauses for "good-behavior bonuses" into the contracts of their biggest and most bankable reality stars.

This move comes mere weeks after several TV networks (amongst them, MTV, VH1, and CBS) decided to hire private investigation firm Edward Myers & Associates to comb through the social media activity of their television show stars to ward off any bad press. “They’re talking about ‘behaving well,’ as in not using racial slurs on social media and not getting into fights with castmates. It’s not a high bar,” a source told Page Six of the contract clause.

It's easy to see why producers would want to incentivize TV stars with the offer of cash bonuses for unproblematic behavior. After all, when the levy for Vanderpump Rules broke, it wasn't just Schroeder and Doute who were implicated. Shortly after their dismissals, the wildly popular Bravo series was forced to fire two other cast members (Max Boyens and Brett Caprioni) for racist tweets. As anyone familiar with Bravo reality shows will know, when someone leaves, someone else needs to come in as replacement — but replacing four different cast members at once will inevitably lead to an unwanted adjustment period in the series' storyline and fan loyalty.

Then, there are other instances where one cast member's problematic past has negative consequences for everyone else in the cast — innocent or not. Earlier this year, Sherry Pie (real name Joey Gugliemelli), an ostensible finalist for season 12 of RuPaul's Drag Race, was exposed prior to the season premiere for catfishing aspiring actors in order to convince them to record themselves engaging in sexually-compromising acts, under the guise that they could possibly book a part in a series of productions that never existed. While the scandal eventually led to Sherry's disqualification from the competition, her so-called "departure" from the show changed the season's entire feel. Given that season 12 had already been filmed in its entirety — and that Sherry had made it to the end (a top four that had to be downsized to a top three) — editors were forced to work around what was clearly meant to be a very flattering portrayal of the disgraced queen. Though the season didn't completely implode with the last-minute pivot, there was a noticeable and awkward gap where Sherry would have been.

Still, one can't help but point out that offering a fiduciary bonus for "good behavior" is the equivalent of suggesting that "not being racist/sexist/homophobic/etc." is, in and of itself, something worthy of reward. What should be considered the bare minimum (you know, acknowledging people different than yourself as human beings worthy of dignity) is instead treated as some exceptionally noble act. Not only does that perpetuate an exploitative system, it also downplays or even covers up racism, homophobia, sexism and other painful instances that occur on set and elsewhere. Now, would-be problematic cast members are motivated to cloak their views — not out of any sense of human decency, but for capital gain. How can we ever expect real growth? Repentance?

It's a twisted remedy to an unfortunately twisted problem, and it's one that I, personally, don't have a solution for. But that doesn't mean I won't still bemoan the fact that members of the Vanderpump Rules cast are somehow coming out of this latest scandal in a better predicament than they were before it. We live in a society!