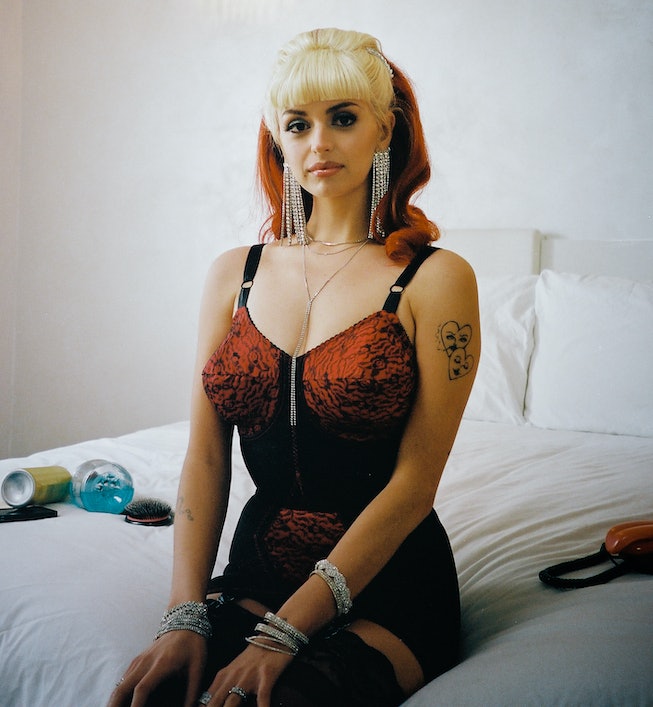 Rebecca Black has been on a roll lately. Following the success of her queer pop anthem, “Girlfriend,” which she performed at the GLAAD Media Awards earlier this month, the 23-year-old singer, songwriter and creator has shared “Personal,” a new single and video from her forthcoming EP.

The hyperpop track serves as a cathartic goodbye to a relationship that’s just not working, despite there being no hard feelings. The colorful Weston Allen-directed visual features Black going through several stages of grief following a breakup — dancing, crying in the mirror, and purchasing a diamond-crusted chain saw, for example. As she promises that she won’t take things personally, she begs her ex lover to do the same.

“‘Personal’ represents this reckoning with a consequence of heartbreak I hadn’t really ever understood — which was the guilt and heaviness that comes with being the one to put an end to a relationship when that’s not what the other person wants,” Black tells NYLON. “I’ve learned you can’t really stop two people on roads heading in opposite directions, and it can feel so difficult to consciously make a decision that you know will hurt someone you love, while at the same time knowing it’s the necessary choice for yourself at the end of the day.”

Black recently told NYLON how she’s come to take ownership over her art and creative expression, after shooting to immense viral fame as a 13-year-old for “Friday” in 2011. For the track’s 10 year anniversary, Black released a mind-bending “Friday” remix featuring Dorian Electra, Big Freedia and early-aughts throwback 30H3!, with glitched out production by 100 gecs.

“Now I just really have taken a lot of creative control over not only my music and my visuals and all of that, but really just the way that I get up and make myself feel like me is the most important thing,” Black told NYLON.

Watch the eye-popping video for “Personal” below, and revisit NYLON’s interview with the artist here.