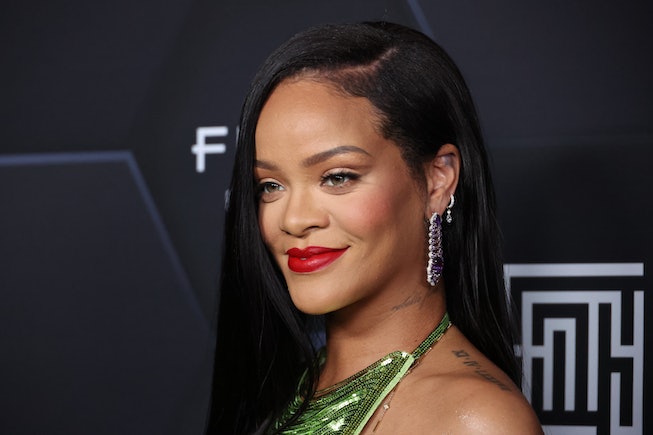 It’s a great day to be a Rihanna fan. This morning Vogue released its latest cover featuring the pregnant music mogul, along with a candid interview that covers everything from fashion to motherhood, her many business ventures, and, of course, new music.

During her conversation with Vogue editor Chioma Nnandi, Rihanna confirmed that her ninth album is in the works. The untitled project is largely under wraps, but the “Love on the Brain” singer explained that she’s adjusting her music making process. “I’m looking at my next project completely differently from the way I put it out before, she explained. “I think this way suits me better, a lot better.”

Rihanna released her last album, Anti, nearly six years ago and fans have been begging for new music ever since. During her interview with Vogue she deemed it her “best album yet,” and she’s not wrong. Though the 16 track record was snubbed at the Grammys, it became a cultural phenomenon with four hit singles — “Work,” “Love on the Brain,” “Needed Me,” and Kiss It better” — and a refreshing mix of lo-fi and high energy tracks. By 2020, the album was still appearing on pop-music charts and Rolling Stone added it to their 500 Greatest Albums of All Time list.

Later that year, the singer spoke with Access Hollywood about the turnaround time for making an album, after years of probing from the media. “Anytime you give them [fans] a little bit of information that I’m working on new music, they expect it to come now because, in the past, it’s worked like that,” she said.

Though fans have wondered what the hold up is, the answer is pretty simple — she’s busy! Since releasing Anti, Rihanna has created three successful businesses — Fenty Skin, Fenty Beauty, and Savage Fenty Lingerie — started a new relationship with A$AP Rocky, and is now preparing to have her first baby.

As for her new album, we can rest easy knowing it is, in fact, underway. “It’s authentic,” the singer said of the project. “It’ll be fun for me and it takes a lot of the pressure off.”