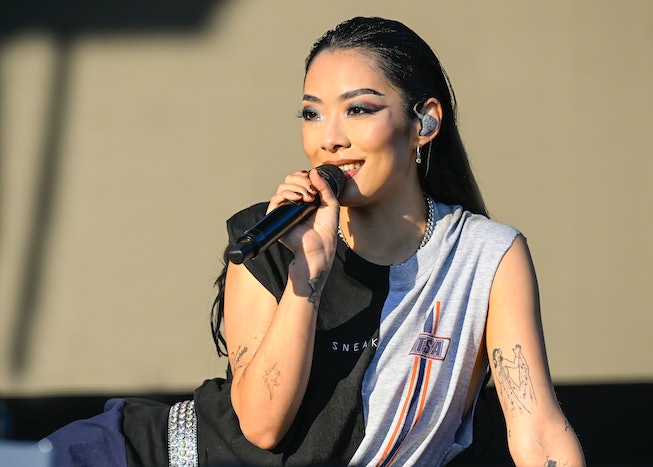 Billie Eilish has had no shortage of hits over the past few years, but perhaps her best among them is “Happier Than Ever,” the monumental, nearly five-minute rock opera track her sophomore album is named after. The dynamic song, with its abrupt tonal shift mid-way through, has become a crowd-pleaser and fan-favorite — and is also quite challenging to sing. Though not many artists have taken on the mantle of covering the track, Rina Sawayama recently accepted the challenge, coming up with a stunning cover of the song that blows us away from the sheer power of her vocals.

The British pop star performed “Happier Than Ever” during her latest visit to the BBC Live Lounge where she appeared to promote her new album, Hold The Girl. Per Live Lounge tradition, she performed one of her own songs, “Hold The Girl,” and a cover, Billie Eilish’s “Happier Than Ever.” While her rendition of “Hold The Girl” was excellent, the real star of the show was her cover, which she wholly made her own by honing in on the hard-rock portion of the track. Cutting out most of the song’s ballad-y intro, Sawayama expands on and exaggerates the song’s turbulent second half through the use of vocal distorters, added instrumentation, and, of course, her own raw and thunderous belts.

Save for some odd lyric editing for censorship reasons — she sings “Why don’t you leave me alone” instead of “Just fucking leave me alone” — Sawayama’s rendition hits the hardest when the most crushing part of the song comes barreling in.

Incidentally, the song’s messaging of setting boundaries and moving on from toxic people from your past aligns with the themes of Sawayama’s latest record, which could be a reason why she chose to perform the track.

Hold The Girl is Sawayama’s opus on the process of reparenting and reconnecting with her inner child, and, subsequently, healing past traumas. With that came songs like “This Hell,” “Catch Me In The Air,” “Frankenstein” and more, about confronting and making peace with parental figures, and celebrating her own self-made community and family.

The record follows her 2020 debut, Sawayama. Come November, the singer will embark on her U.S. tour, taking her to major cities across the country.

Hear Sawayama cover “Happier Than Ever,” above, and watch her perform “Hold The Girl,” below.