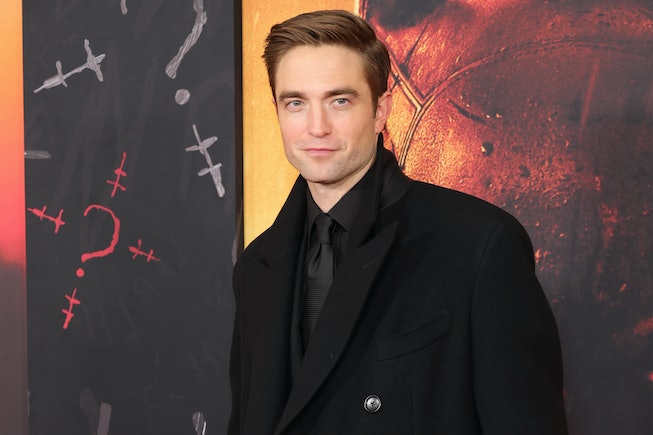 I hope Sephora is restocking on black eyeliner, because soon, Robert Pattinson will need to re-up. According to recent reports, the critically-acclaimed The Batman has officially been granted a sequel, with its emo heartthrob star, Robert Pattinson, also signing on to reprise the titular role. So, yes, we will be needing some more black eyeliner — and lots of it.

Word that The Batman II had officially been greenlit arrived Tuesday evening, when Warner Bros., the studio behind the hit superhero film, announced their plans during a presentation at this year’s CinemaCon. Of course, rumors of a sequel had been swirling since The Batman premiered in theaters at the beginning of March — thanks to the first film’s very ominous and wide-open ending, its wildly impressive box office numbers (The Batman is the highest grossing film of 2022 so far), and its director’s clear interest in making a follow-up, a sequel seemed all but written in stone. But nothing compares to an official announcement.

Matt Reeves, who co-wrote and directed the first film, will return to his post for the sophomore installment. The director, who is also responsible for revitalizing the Planet of the Apes franchise, attended CinemaCon alongside WB executives to share the exciting news. The director also announced that he would once again co-author the screenplay, though he declined to give any further hints as to what story the sequel would tell, nor what source material might inspire it.

Notably, the confirmation of a second film makes The Batman Robert Pattinson’s second turn as a franchise star. As anyone over the age of 21 would certainly remember, Pattinson first came to prominence as the teen lead of Twilight, the vampires-vs-werewolves saga that would eventually launch him and costar Kristen Stewart into superstardom — at least until both actors retreated from the spotlight to pursue more serious opportunities as indie film stars. Since then, Pattinson has been more likely to work with auteurs like Claire Denis (High Life), Robert Eggers (The Lighthouse), Christopher Nolan (Tenet), and in a career highlight, the Safdie Brothers (Good Time). The Batman and its still-untitled forthcoming sequel marks the actor’s official return to blockbuster hit-making. And that is certainly something I can celebrate.