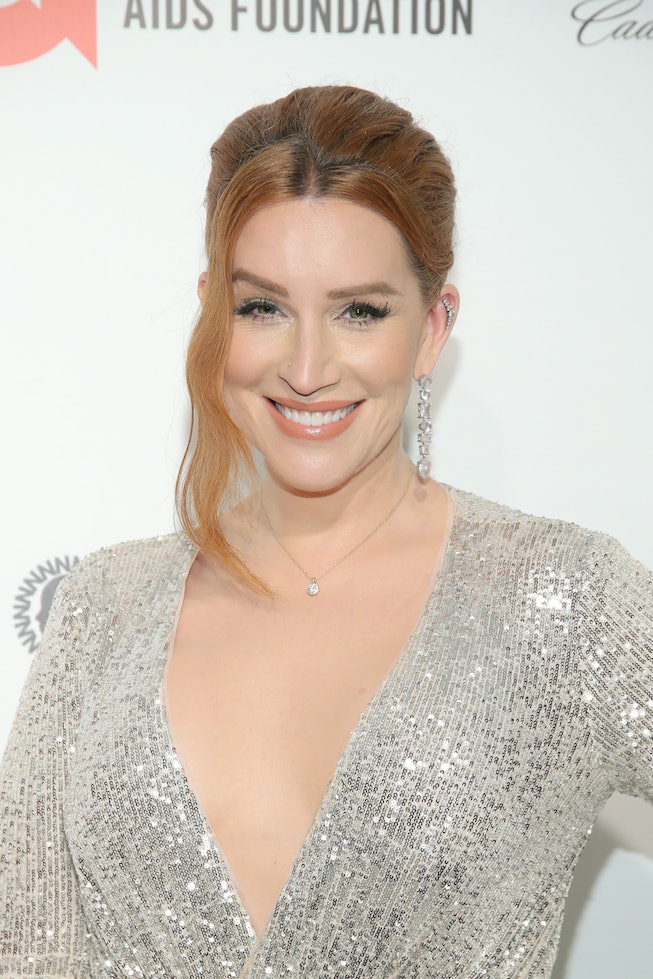 Barely two weeks ago, Halle Barry came under fire after discussing her plans to play a transgender man in an upcoming project. The incident immediately reminded many people of the similar situation Scarlett Johannson found herself in two years ago, when she signed on to play Dante "Tex" Gill, a trans man crime boss and massage parlor owner, in the movie Rub & Tug. Like Berry, Johannson's decision was met with scorn, and the backlash from the public eventually pushed the A-List actress to issue her now-notorious quote that she should be able to play any tree she wants. Still, she eventually came around, but after stepping down, the project was put on an indefinite hold. Now, word is official that Rub & Tug will move forward after all, albeit as a television show. (And no, Scarlett Johannson will no longer be involved.)

According to a report in Entertainment Weekly, Rub & Tug, which is being produced by New Regency based on Brendan Koerner's research about the Massage Parlor War, will now be a television show, with Pose and Transparent writer Our Lady J penning the pilot script. According to a description, "The show will focus on Tex, a trans man, and his inner circle, many of whom were forced to fringes of society as LGBTQ individuals. He used to run a string of massage parlors as fronts for prostitution, and Rub & Tug will delve into this 'illicit business empire' as Tex defends his turf from rival criminals, corrupt politicians, and the law."

As of now, a lead has yet to be cast, but producers and the show's creative team are "committed to casting a trans actor as the show's lead." Things already look better with Our Lady J, a trans woman, at the helm. In a statement, the Emmy-nominated writer said, "Tex's life story is like no other, and the rich landscape of this unexplored moment in time has truly captured my imagination. I couldn't be more excited about the opportunity to write a gangster drama based on such a fascinating and diverse web of queer characters. The show is about the promise of reinvention, and the peril of losing oneself in the process. Tex Gill was out and proud in an era — the late 1970s — when living authentically came with the price of social ostracization, leaving him vulnerable to a life of crime and lawlessness. Having grown up in Pennsylvania myself, I'm also excited to delve deep into Pittsburgh's underbelly as it unspools the story of Tex's remarkable life — it's also the story of a city's struggle for rebirth and a proud community's efforts to make its voice heard."

Additionally, Tex's widow, Cindy Bruno Gill, will join Brendan Koerner as a consultant on the series. In a statement, Gill said, "I am excited to be working with Our Lady J and New Regency to honor Tex's memory by telling his story the way he would want to be remembered. Tex was transgender at a time when being transgender meant facing great discrimination, yet he was fearless about being himself in a way that inspired those who knew him to be proud of who they were too. Our Lady J is the perfect person to give voice to Tex's story, and I know he would be proud of the evolution of this project."

This shift is already being met with applause. "Industry leaders are hearing, and even joining, the call to hire talented and experienced transgender storytellers like Our Lady J to tell trans stories," said Nick Adams, GLAAD's Director of Transgender Representation, in a statement obtained by EW. "Authentic trans stories are compelling and largely untold, and when told well they attract acclaim from audiences, critics, and award shows, as we've seen with Pose and A Fantastic Woman." Yariv Milchan, Chairman and CEO of New Regency, echoed these thoughts when he said, "Our Lady J's acclaimed status writing for and with the LGBTQ+ community will bring authenticity and dignity to this rich world of characters, and we have no doubt it's a series that will resonate with audiences everywhere."