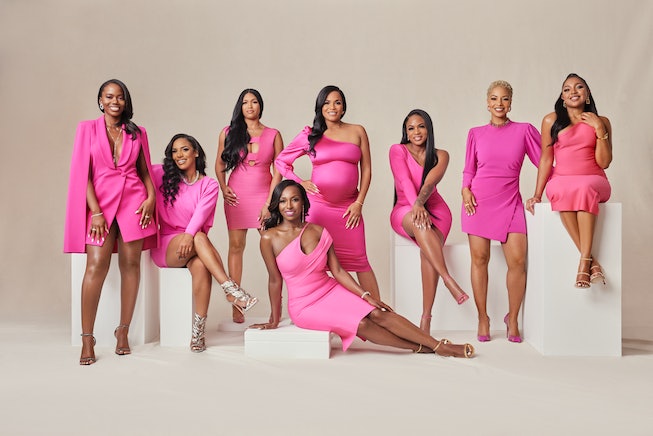 Netflix knows you spent Thanksgiving weekend gobbling down all 10 episodes of Selling Sunset Season 4, and more crucially, it knows you’re already hungry for more. So naturally, the streaming service has followed that up with Selling Tampa, a new series following a fresh group of impossibly chic realtors — this time, in sunny Tampa, Florida.

Hailing from the same producers behind Selling Sunset (naturally), Selling Tampa follows a “group of impressive real estate agents who know as much about selling fabulous homes as they do about bringing the drama,” according to Netflix. Premiering Wednesday, Dec. 15, the latest edition to the Selling franchise consists of eight episodes, each running 45 minutes.

Swapping out the Oppenheim Group for Allure Realty, Selling Tampa centers on owner Sharelle Rosado, an army veteran who made waves in the “booming” world of Tampa luxury real estate. “Two years ago, Sharelle was already killing it in the real estate game,” says one of her firm’s brokers. “So word about her starting her own brokerage, it was a hot topic. I had to be a part of it.” Described as a “boss-ass b*tch that makes sh*t happen,” it’s clear that Rosado runs a tight ship with her self-made brokerage. “She wanted smart women. She wanted empowered women,” says another broker at her firm. “And I really think that makes Allure Realty what it is.”

But according to the show’s first trailer, this tight ship might have more than a few cracks letting the water slip through. Despite their claims to be “closing deals in heels,” these ladies are not immune to their fair share of drama. Even though Sharelle’s brokerage is the talk of the town, at least one Realtor has been “toying with the idea” of breaking off to try to make it on her own while another chooses to isolate herself from the group in the sacred name of “separating business from pleasure.” (“That’s my prerogative,” she offers.) Whether Realtors Karla and Alexis are being publicly shamed for their failure to “step it up” or another is being dragged at dinner for still being “in training,” it’s safe to assume that the women of Selling Tampa are ready to feed us.

Check out the Selling Tampa trailer below: