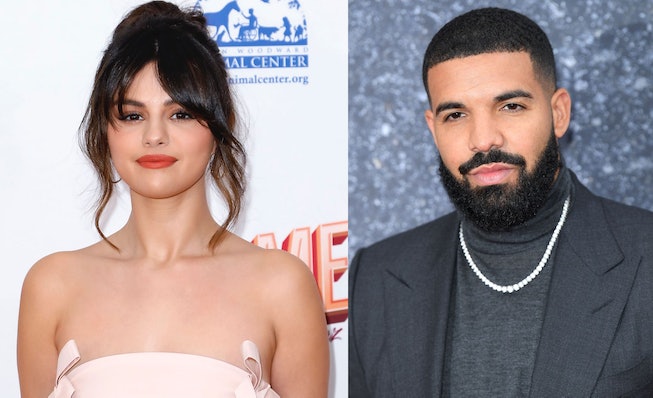 It’s been a slow year for movies, which makes the following news all the more exciting: Drake and Selena Gomez are working on a psychological-thriller, Spiral, with Gomez set to star, Drake to executive produce, and Petra Collins tapped to direct the film.

Spiral will reportedly tell the story of a former social media influencer whose addiction to social media is causing her body to literally fall apart. Phoebe Fisher and Melissa Broder (So Sad Today) both worked on drafts of the screenplay with Collins.

Sources told Deadline that Picturestart will produce the film, which is also being made by Future the Prince aka Adel Nur, who executive produces HBO’s Euphoria along with Drake.

This will be Collins’ feature directorial debut; she’s best known for her photography and role as Agnyss on Transparent, but has frequently worked with friend and collaborator Gomez in the past.

The subject matter makes sense for Gomez, who has often had a complicated relationship with social media. At different times she’s been the most followed person on Instagram or gone completely off the platform, and in February of last year said, “I would be lying if I said that [social media] isn't destroying some of my generation, their identity."

Spiral currently has no release date, but stay tuned for updates.

NEXT UP
Entertainment
New 'Bones And All' Trailer Goes Deep On Cannibal Love Story
Entertainment
Florence Pugh Is A Gothic Nurse In Eerie 'The Wonder' Trailer
Entertainment
Lindsay Lohan Teases Her Return To Film, 'Falling For Christmas'
Entertainment
A New Trailer Explores The Dark Side Of 'Barney'