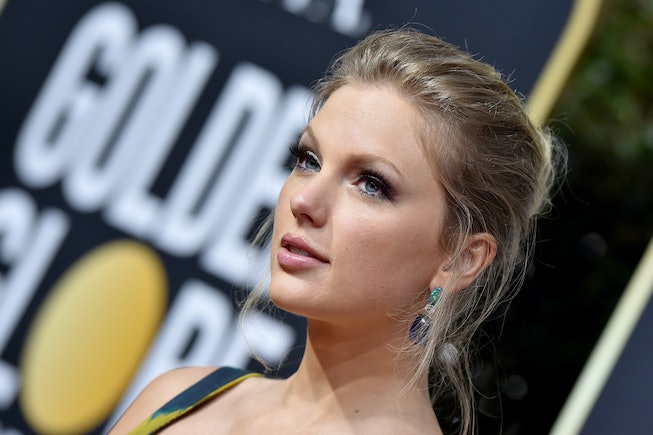 Ever since 2019, Taylor Swift has vowed to re-record her first six records in her battle for music ownership against Scooter Braun. Now, we're finally seeing the first fruits of her labor as Swift announced on Good Morning America that her 2008 album Fearless will be the first to be released in the new endeavor.

The new version will be called Fearless (Taylor's Version) and will be expanded to 26 songs, including never before released tracks from the Swift vault written when she was between 16 and 18 years old. The record drops on April 9 — a fact Swift obviously included through a capitalization Easter egg in her statement, as she does — and the first re-recorded single, which drops at midnight, will be none other than “Love Story (Taylor’s Version).

“Artists should own their own work for so many reasons, but the most screamingly obvious one is that the artist is the only one who really knows that body of work," she wrote in her statement. "For example, only I know which songs I wrote that almost made the Fearless album. Songs I absolutely adored, but were held back for different reasons (don’t want too many breakup songs, don’t want too many down tempo songs, can’t fit that many songs on a physical cd).”

She continued: "I’ve decided I want you to have the whole story, see the entire vivid picture, and let you into the entire dreamscape that is my Fearless album."

Swift's fight to regain control of her masters has been an uphill battle; they've been sold twice without her knowledge, and all her attempts to re-purchase them have fallen apart. In November 2020, it seemed like Swift was moving forward on a deal with the buyer and new owner of her masters, a private equity company called Shamrock Holdings, but soon learned that Braun would still profit off her masters regardless. As far as Swift is concerned, any connection to Braun is a deal-breaker: "I was hopeful and open to the possibility of a partnership with Shamrock but Scooter's participation is a non-starter for me," she said.