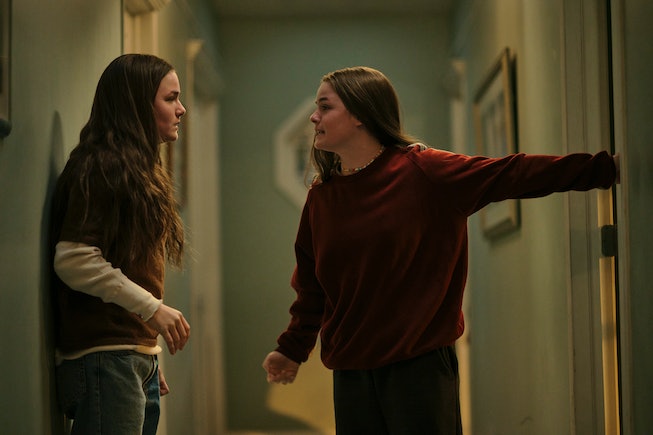 In 2019, Tegan and Sara Quinn, better known by their stage name Tegan & Sara, released High School, a memoir about coming of age in Canada during the grungified nineties. Focused on their individual experiences of — you guessed it — high school, the story hones in on a time in their lives when the sisters tried to define themselves as individuals even as they dealt with very similar problems under the same roof. (They’d eventually come together to form the band we now know and love.) A New York Times bestseller, the heartfelt High School was an insightful look at the backstory of one of our most enduring LGBTQ+ pop acts. And now, we’re finally getting a visual treatment for it — in the form of High School, a new drama based on the memoir.

High School “revolves around the memories of [Tegan and Sara] while growing up in the ’90s and searching for their own identities,” according to a plot synopsis in Variety. The new drama will get a splashy world premiere this September at the Toronto International Film Festival before debuting the first four of a total eight episodes on Amazon Freevee on October 14.

High School stars real-life twins-cum-TikTok stars Railey and Seazynn Gilliland as Tegan and Sara, respectively. Both young actresses are making their on-screen debuts, but thankfully, the upstarts have some real talent surrounding them for support. I Know What You Did Last Summer’s Brianne Tju, Mindhunter’s Nate Corddry, Obi-Wan Kenobi’s Esther McGregor, American Horror Stories’ Olivia Rouyre, Bull’s C.J. Valleroy, Kung Fu’s Amanda Fix, and Under the Banner of Heaven’s Geena Meszaros have all been cast as regulars, while Marriage Story’s Kyle Bornheimer and the beloved Avenger Cobie Smulders are both slated to make guest appearances.

Judging by a new teaser for the upcoming show, High School will provide all the hallmarks of the Great High School Dramas of Yore, from Claire Danes’ pitch-perfect My So-Called Life to Zendaya’s Emmy-winning Euphoria. This time, however, there seems to be a more direct focus on the specific plights of sibling rivalry. “My sister punched me in the face,” one-half of the central duo shares with a classmate in the trailer’s opening seconds. It’s clear these “twins” struggle with that moniker, as resentment builds up because they want to set themselves apart.

But when Tegan overhears Sara playing guitar while singing a song she wrote about how her sister ditched school (“Tegan Didn’t Go to School Today” really was one of the first songs they wrote), the pair establish the kind of mutual bond that can only exist between blood. With an appropriately punk-influenced soundtrack, plenty of teenage angst, and of course, some queer sexual awakenings (it’s a Tegan & Sara show, after all), High School looks extremely promising.

Check out a teaser below. Watch High School on Amazon Freevee on October 14.

NEXT UP
Culture
Succession Season 4 Trailer Explodes With Family Drama
Culture
Phoebe Dynevor Will Not Return for Bridgerton Season 3
Culture
6 Shows To Binge Once You've Finished 'The White Lotus'
Entertainment
Harry Styles' "As It Was" Grammy Performance Featured A Silver Tinsel Onesie
Style + Culture, delivered straight to your inbox.