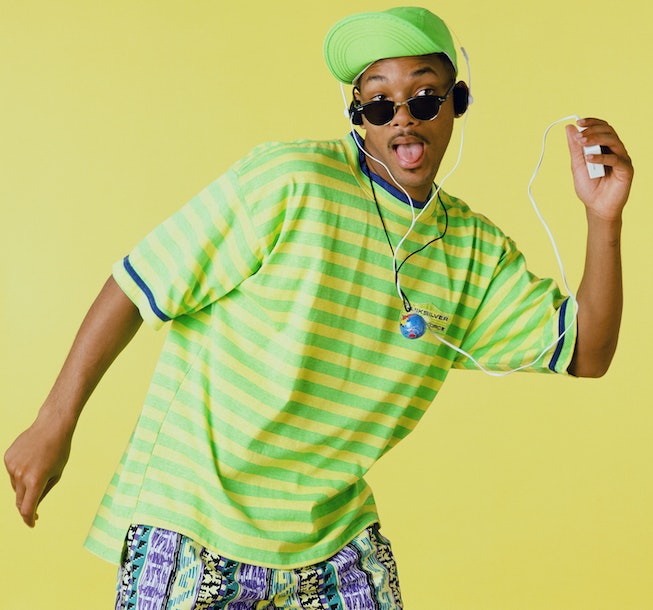 2020 has been a surprisingly good year for The Fresh Prince of Bel-Air, especially considering that the popular sitcom went off air over 24 years ago. First, HBO Max made all six seasons easily accessible to the general public by including it as part of its launch library of non-HBO content (which has certainly allowed me to revisit the career-launching Will Smith vehicle and fall in love with its era-specific charms all over again). Then, it hit the national headlines again when it was reported that the comedy would be getting a modern-day gritty drama reboot based on a viral trailer created by filmmaker Morgan Cooper. (Yes, Will Smith will be heavily involved in this new version.) Now, The Fresh Prince of Bel-Air is making waves yet again with the announcement that it will join Friends as the latest 90s sitcom to get its very own unscripted reunion special.

Set to tape next week on September 10th, The Fresh Prince of Bel-Air reunion special will celebrate the show's 30th anniversary with almost everyone from the beloved original cast — minus James Avery, who played Uncle Phil and sadly died from open-heart surgery complications in 2013. That means, we will get appearances from Will Smith as, well, Will Smith, Tatyana Ali as Ashley Banks, Karyn Parsons as Hilary Banks, Joseph Marcell as Geoffrey Butler, Daphne Maxwell Reid as (the second) Vivian Banks, Alfonso Ribiero as Carlton Banks, and DJ Jazzy Jeff as fan-favorite character Jazz.

For now, there is no word on what else we can expect from the reunion. But with popular music video (and Friday After Next) director Marcus Raboy handling direction, we can safely hope that this reunion will answer some of the most pressing questions on our mind, such as Where is it ever possible to whistle for a cab in Los Angeles? and Which Aunt Viv do you think embodied the character best? (Though that last question might be a little awkward, considering that one of them will be in attendance. Imagine answering Janet Hubert.)

Most importantly, I'm demanding a live recreation of the infamous Carlton Dance. Can anyone reach out to Alfonso Ribiero ahead of time to make sure he adequately prepares? He's only 48. I'm sure he can still bust out some good moves.

The Fresh Prince of Bel-Air reunion special will air on HBO Max sometime around Thanksgiving.