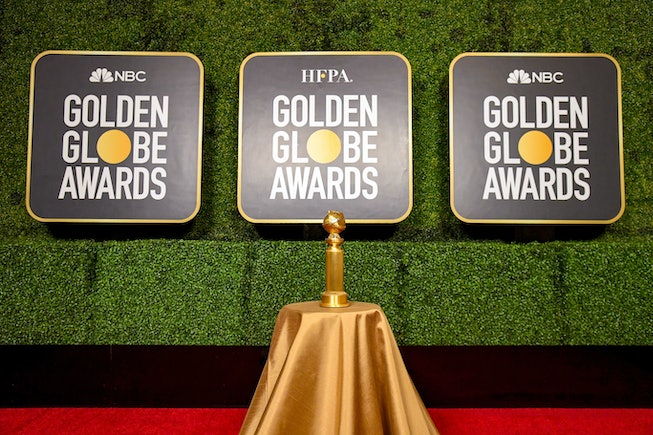 It’s been a rough couple of years for the Golden Globes. After having their taste level called into question (thanks to a couple of rogue nominations for Netflix’s ridiculous Emily In Paris), and later, having their integrity called into question (thanks to information about how lavish industry bribes may have influenced those nominations), the once-beloved awards ceremony was forced to take a break this year while other ceremonies, like the Academy Awards, went on with business as usual. The Hollywood Foreign Press Association was always written off as a group more concerned with their perceived proximity to fame than with any genuine desire to acknowledge true talent, but the Los Angeles Times report that their organization had no Black members and regularly accepted extremely generous gifts from studios felt like a step too far. Soon after the exposé shook up the industry, NBC announced that, for the first time in several decades, it would not air the glitzy, booze-filled ceremony in 2022.

But that stroke of bad luck is allegedly coming to an end very soon. After only one year off the air, the Golden Globes will return to NBC to kick off the 2023 awards season, according to The Hollywood Reporter. Citing reports from “multiple high-level sources briefed on the plan,” THR revealed that NBC is currently eyeing an airdate of Tuesday, January 10, 2023 for the once-disgraced ceremony. Though the Golden Globes, like many high-profile awards shows, usually takes place on a Sunday evening, reports say that it will have to move to the middle of the week for next year, since programming for every other Sunday in January has already been set.

This latest update comes less than two weeks after the Hollywood Foreign Press Association released a statement announcing a “historic transformation” to their organization. “The transition will include the development of staff and an executive team to lead the new organization,” the statement revealed. “Additional Golden Globe voters will also be added to increase the size and diversity of the available voters for the annual awards.”

How, exactly, this news will be received by the celebrities, publicists, and movie studios who took a stance against the HFPA in the past two years is still yet to be determined. Will Tom Cruise request that the three trophies he renounced in protest now be returned to his mantle? Will Netflix executive Ted Sarandos keep his grudge with the HFPA or will he allow activities to “start” again now that Noah Baumbach’s White Noise is gearing up for a splashy awards release? Who knows!

All I know is that the Emily In Paris team must be thrilled right now.