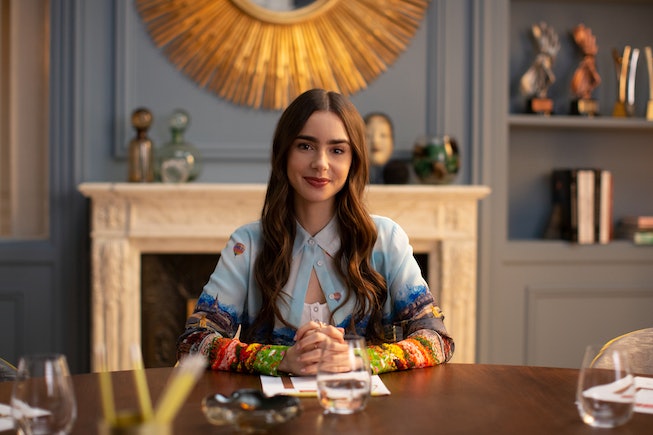 Earlier this morning, at 5:35am PT, the Hollywood Foreign Press Association woke up and chose violence. Known for their tendency to prize star-power over actual quality, the HFPA has developed a controversial reputation for nominating films, TV shows, and actors that may not get the same love from more demanding awards bodies like AMPAS and The Television Academy. Nevertheless, the HFPA — and the Golden Globes by extension — have managed to maintain their hold as one of the more accurate predictors of what will eventually get nominated (and ultimately win) at the The Academy Awards.

This year, as is the case every year, the HFPA managed to shock and delight in equal measure with their nominations. There were, of course, the genuinely exciting surprises, like nominations for Emerald Fennell in both Best Director and Best Screenplay, or the double acting nominations for Anya Taylor-Joy (one in Miniseries, the other in Motion Picture – Comedy). And then, there were the more excruciating shocks, like the overwhelming presence of Emily In Paris. The snubs, as always, were infuriating — particularly for actors of color like Kingsley Ben-Adir and Steven Yeun, and incredible productions like I May Destroy You and P-Valley — but in some cases, they made room for other surprise nominees, like Andra Day.

Below, find our 13 biggest snubs and surprises, plus one utter travesty.

My feelings about Emily In Paris have been very well-documented — it's a show I proudly love to hate, one I binged in two sittings over one 24-hour period, unable to stop myself. That being said, my appreciation of a show I recently described as cringe-inducing was wholly ironic. In other words, I never expected it to grab legitimate awards-attention. And yet, here it is, nabbing Golden Globe nominations not only for Lily Collins' performance as the titular Emily (which, I will admit, is pretty good in its dedication to being insufferable) but also for Best Musical/Comedy Series.

With Emily in Paris sneaking into the Best Musical/Comedy Series race, other more well-deserving comedies were shut out. Most upsetting is the lack of nominations for Hulu's incredible Pen15, which was even better in its second season than it was in its phenomenal first. Created by Maya Erskine and Anna Konkle, the comedy is both hilarious and sensitive, forcing the dynamic duo to relive their adolescent trauma as they return to middle school and experience all the shame, backstabbing, and rotating friendships that came along with it.

I'm similarly upset about the snub for Ramy, which also outdid itself in its second go-round. However, at least in this Hulu show's case, show creator and star Ramy Youssef was nominated for his self-effacing acting, nabbing his second consecutive nomination for Best Performance By an Actor in a Television Series – Comedy (which he notably won last year).

Snub: The HFPA May Destroy Your Nominations

If Emily In Paris was the television show no one thought would get recognized but ultimately did, then I May Destroy You was the television show everyone thought would get recognized but ultimately did not. The indisputable best show of 2020, Michaela Coel's wildly inventive, semi-autobiographical, genre-defying miniseries, about a writer's harrowing experience with sexual assault and her subsequent attempt to process it in myriad ways, was unlike anything else that aired last year. After missing the eligibility period for last year's Emmys, the BBC and HBO series seemed like a surefire frontrunner for this year's Golden Globes. Instead, it was shut out of the race completely — no nominations in the Best Miniseries category, no acting nomination for Coel's magnetic lead performance, and none for the eqaully incredible supporting performances by her co-stars Paapa Essiedu and Weruche Opia.

Last week, following the announcement of the 2021 Spirit Award nominations, I suggested that The Academy put some respect on Emerald Fennell's name. While Carey Mulligan had been (rightfully) praised for her nuanced lead performance in the fantastic Promising Young Woman, I hoped that the bigger awards bodies would recognize that Fennell's directorial work was just as integral to the film's success as Mulligan's acting. So I was ecstatic to wake up this morning and find that the HFPA had not only acknowledged her work with a Best Director nomination, but had also done so for her writing with a coveted Best Screenplay nomination. All eyes are on you now, Academy!

Snub: No Nights In Miami

Okay, I lied. It's not that Regina King's directorial debut One Night In Miami received no nominations — but it is that it didn't receive enough. Sure, the talented King did slide into the very tight Best Director race, but her inclusion there only makes the film's absence in Best Motion Picture – Drama that much more glaring.

While every other nominated director had their films end up in the night's top category (Chloé Zhao's Nomadland, Emerald Fennell's Promising Young Woman, Aaron Sorkin's The Trial of Chicago 7, and David Fincher's Mank), King's One Night In Miami was replaced by The Father. Ditto for the film's talented cast: Leslie Odom Jr., who shines as Sam Cooke, was nominated for Supporting Role — but Kingsley Ben-Adir, whose breakout turn as Malcolm X has been at the top of every reputable prediction list, was left out of the Best Actor – Drama race.

Snub: Too Many Best Actors To Count

Ben-Adir wasn't the only expected lead actor to miss out on a nomination, either. In fact, the Best Actor – Drama category featured several unforeseen names in slots many assumed would be filled by others. Nominations for Sound of Metal's Riz Ahmed, Ma Rainey's Black Bottom's Chadwick Boseman, and The Father's Anthony Hopkins were all to be expected. But the inclusion of Mank's Gary Oldman and The Mauritanian's Tahar Rahim meant the exclusion of several fan-favorites, including Minari's Steven Yeun and Da 5 Blood's Delroy Lindo.

The Best Actor race for Drama is one thing, but for many, the Best Actor – Comedy or Musical race seemed like a lock. It was a year for smaller, indie performances, like Andy Samberg in Palm Springs and Dev Patel in The Personal History of David Copperfield. And then, there was Hamilton, a "musical" in the textbook sense — and one known for breaking its own box office records, at that.

The star of that multi-Tony-winning Broadway hit had always been Leslie Odom, Jr., but somehow, when it came time to nominate performers, the only one to pique the HFPA's interest was Lin-Manuel Miranda. It's a very interesting choice, especially considering the fact that Miranda is inarguably the worst part of the musical he wrote. Plus, it must be added that Odom notably won the Tony over his co-star back in 2016. So why did the HFPA nominate Miranda while ignoring Odom? Well, because they're the HFPA, of course!

Speaking of so-called "stars" being nominated for incontestably bad performances, may I direct your attention over to James Corden, who somehow nabbed a nomination for his performance in The Prom. Despite my misgivings about the film, I had personally accepted that the flashy, Ryan Murphy-directed, star-studded, Netflix musical would weasel its way into the Best Motion Picture – Musical or Comedy race. But the fact that the film's sole other nomination went to Corden — in a film that also starred Meryl Streep, Nicole Kidman, and Kerry Washington, and for an offensively stereotyped performance of a flamboyant gay man — is frankly baffling. This is neither a snub nor a surprise. This is an utter travesty, and the HFPA will be hearing from my lawyer very soon.

On the brighter side, I was excited to see the double presence of Anya Taylor-Joy. While her nomination for The Queen's Gambit — a breakout, critically-acclaimed hit for Netflix, which was also predictably nominated for Best Miniseries — seemed like a lock, her nomination for Emma. came as a much bigger surprise.

One of the last pre-pandemic films to get an official theatrical release, Emma. sometimes feels like a distant memory, a vestige of an earlier time, of an entirely different era. Luckily, the HFPA didn't forget about her extraordinary performance in Autumn de Wilde’s adaptation of the beloved Jane Austen novel. Last year, I cited the young actress as Hollywood's latest ingenue, citing the back-to-back releases of Emma. and The Queen's Gambit as evidence that she was destined for huge things. These double nominations seem to be proving me right.

Let's get this out of the way. I haven't seen Music — and to be quite frank, I don't think I ever will. The directorial debut by Sia, this film about a young autistic girl named...Music...has been plagued by negative controversy since it was first announced late last year. In fact, the only things I have heard about this sorely misguided attempt to speak about living on the spectrum have been bad. I honestly didn't even know people had seen it yet. Which is why, perhaps, I was absolutely shocked to see it nominated for two Golden Globes this morning — in both Best Motion Picture – Musical or Comedy and in Best Performance for lead Kate Hudson.

Snub: Down in the Valley Where The Girls Don't Get Nominated

P-Valley was one of the defining shows of 2020 — and while I'm not exactly surprised that the HFPA ignored a strip club-set drama starring an all-Black cast, I am upset that they couldn't open their eyes to the genuine, subversive charm of a STARZ series that dared to treat exotic dancers as full, three-dimensional people with complex lives.

The show itself deserved a nomination for Best Television Series – Drama (especially more so than Ryan Murphy's ill-conceived One Flew Over the Cuckoo's Nest origin story Ratched). But the performances, particularly those by leads Nicco Annan as the gender-fluid den mother Uncle Clifford and Brandee Evans as the club's main attraction Mercedes, were what really missed out. With a 100% critic score on Rotten Tomatoes and a second season on the way, let's hope the HFPA doesn't miss an opportunity to reward these phenomenal achievements next year.

Surprise: The War of The Day's (Andra vs. Zen Edition)

Much of the Best Actress – Drama race has been locked with Nomadland's Frances McDormand, Pieces of a Woman's Vanessa Kirby, Promising Young Woman's Carey Mulligan, and Ma Rainey's Black Bottom's Viola Davis. But that fifth spot has always been up in the air.

For a while, I had been slotting in Zendaya as a surprise late-entry for her astounding turn as Marie in Sam Levinson's upcoming black-and-white Netflix drama Malcolm & Marie. In the end, however, that fifth spot went to a different Day — first-time dramatic actress Andra Day, who plays the inimitable Billie Holiday in the upcoming Hulu biopic The United States vs. Billie Holiday. While I have yet to see that highly-anticipated Lee Daniels-directed film, I must say: Andra Day better be brilliant if she's taking a spot from the always impressive Zendaya.

Snub: Not My Best Supporting Actresses...

Finally, there's the Best Supporting Actress race, which has also been boasting its fair share of surefire frontrunners. Chief among them were Mank's Amanda Seyfried and The Father's Olivia Colman, both of whom secured nominations this morning. But right behind them were Pieces of a Woman's Ellen Burstyn and Minari's Young Yuh-jung, both of whom have picked up several wins from critics groups over the last few months. Surprisingly, however, neither were uplifted by the HFPA. Instead, the Golden Globes is throwing their weight behind some true surprises, like Glenn Close in the critically-panned Hillbilly Elegy and 12-year-old upstart Helena Zengel for News of the World. While neither performance is undeserving (Close is the only good part of Hillbilly Elegy and Zengel does remarkable work, especially considering her age), I can't help but cry for the 88-year-old Burstyn and the 73-year-old Yuh-jung, who both shine.