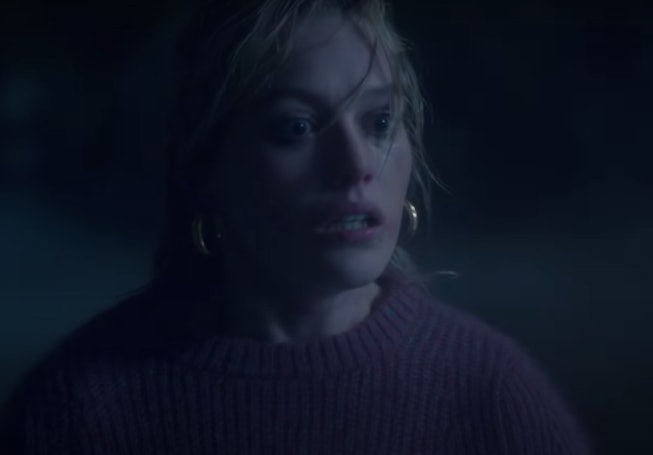 Back in 2018, Mike Flanagan and Trevor Macy stumbled upon a critically-acclaimed hit with The Haunting of Hill House, a television adaptation of the revered ghost story by Shirley Jackson. Though Hill House was certainly terrifying at times, the ten-episode miniseries worked primarily because of the ways in which it extended beyond pure horror fare, burying a much more compelling story about a family torn apart within the folds of its standard jump scares. Now, the horror maestro duo of Flanagan and Macy is hoping to strike gold yet again with The Haunting of Bly Manor, the next installment in their newly-announced Haunting anthology universe — a completely new ghost story, which just got its first teaser today.

Set for a Netflix release on October 9th, The Haunting of Bly Manor changes course to explore new hidden secrets in a different haunted house. Set in 1980s England, the series takes its inspiration from Henry James' famous 1898 horror novella The Turn of the Screw and follows a young American nanny as she arrives at the titular Bly Manor to help take care of two young orphans, whose previous au pair died on the premises from mysterious causes. While there, she begins to discover that something is amiss on the grounds of this sprawling country house.

The effectively eerie teaser sets things up nicely — that is, if you're into creepy songs that play underneath a soft woman's voice reciting a ghost story, while images of dark basements, creepy dolls (that move), cavernous wells, and bodies lifelessly floating in murky rivers abound. (But of course, you're here, so you probably are.)

Just like Ryan Murphy has done for his hit anthology series American Horror Story, Flanagan and Macy are also re-teaming with many of the same actors from Hill House for this next anthology installment. NYLON It-Girl Victoria Pedretti (currently most known for playing Love in Netflix's You) returns as the nanny. Oliver Jackson-Cohen musters up some of the same menace he captured in this year's The Invisible Man for his role, while Henry Thomas plays the neglectful, wealthy uncle charged with finding a new nanny to care for his niece and nephew. Kate Siegel will also return.

Newcomers include Years and Years' T'Nia Miller as the Bly Manor housekeeper, Mrs. Grose; Amelia Eve as the groundskeeper, Jamie; A Christmas Prince's Tahirah Sharif in a top-secret role; and the painfully attractive Rahul Kohli, who I hopelessly fell in love with while watching, as the Bly Manor chef, Owen.

Check out the chilling teaser below. Netflix premieres The Haunting of Bly Manor on October 9th.