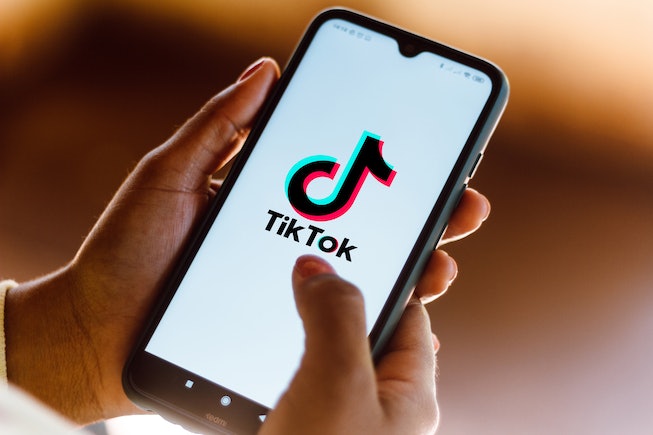 If there’s one thing I’ll remember from these last seven months of the pandemic, it’s TikTok. Sure, there was the era of Instagram Lives, the pivot to being horny on main, and even the inexplicable uptick in banana bread-making. But none of these can compare to TikTok, the app that seemingly did it all, taking the world by storm with its endless stream of content — from viral dances to hilarious pranks to clips that could've easily found their way onto an episode of America’s Funniest Home Videos in another era. Which is why it’s felt so weird to imagine the app being banned for the foreseeable future, as had been expected since Trump called for, several months ago. Not anymore though! Gen Z is saved, as a judge has blocked Trump's attempt to outlaw the popular app in America. TikTok will live to see another day.

For those unfamiliar with the situation, Trump signed an executive order that would effectively ban TikTok in the U.S. back in August, citing national security concerns that the Chinese-owned social media video app could, at any time, decide to sell off valuable data about American users to the Chinese government. Almost immediately, TikTok lawyers denied any such wrongdoing, pointing out that the president had no credible evidence to even support these wild claims. As many Americans knew, rather, TikTok lawyers claimed that Trump's call to outlaw the app was primarily the result of "political-related animus" and "political campaign fodder."

According to NPR, however, Federal Judge Carl Nichols of the U.S. District Court for the District of Columbia granted a temporary reprieve for the social media app late Sunday night, just hours before it was set to be banned from all American app stores at midnight. The judge also denied a request to extend the deadline (November 12th) for TikTok to sell its U.S. operations to an American company.

In a statement, a spokeswoman for TikTok said, "We will continue defending our rights for the benefit of our community and employees. At the same time, we will also maintain our ongoing dialogue with the government to turn our proposal, which the President gave his preliminary approval to last weekend, into an agreement."

So, let us all rejoice! We can keep perfecting our #SavageChallenge in peace!

NEXT UP
Entertainment
Meet Andreas Metaxa, The Man Behind The Miami Jet-Setting Memes Of Supersnake
Fashion
Meet The Depop Seller Making Belts Out of Tiny Bonne Maman Jars
Entertainment
Samia On 'Honey' & Saying The Ugly Part Out Loud
Entertainment
Gracie Abrams & Gia Coppola On The Joy Of Free-Flowing Collaboration
Style + Culture, delivered straight to your inbox.