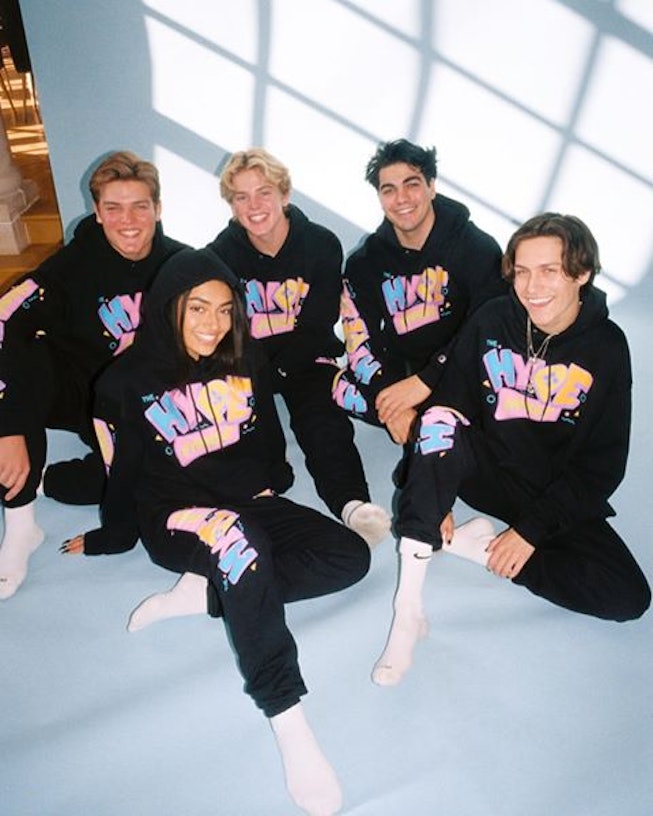 Update: The forthcoming series surrounding TikTok’s Hype House is coming to Netlflix. The new series is set to feature some of the app’s biggest creators like Kouvr Annon, Nikita Dragun, Sienna Mae Gomez, Chase Hudson, Larri Merritt, Thomas Petrou, Alex Warren, and Jack Wright. The streaming giant has yet to announce a release date, but promises “the stories of the most popular personalities on social media as they come into their own, fall in love and tackle the next stage of their lives.”

Millennials had The Real World. Gen Z gets The Hype Life. The Hollywood Hills mansion more commonly referred known as the Hype House — home to TikTok's most dedicated and clout-chasing creators — is getting the reality television treatment. The docuseries will offer an inside look at the creators' daily lives as they seek fame, fortune — and what happens when you stop being polite and start doing disjointed dances in front of your iPhone.

The Hype House collective typically hosts approximately 20 creators, and the series will include TikTok hot shots like Thomas Petrou, Chase Hudson, Avani Gregg, Ondreaz Lopez, Tony Lopez, Madi Monroe, and more, according to Deadline. Influencer Nikita Dragun will also appear on The Hype Life despite not living in the mansion.

Wheelhouse Entertaiment will be behind the show's development and production, and the company's Chief creative officer and president Eric Watternberg is excited for the brand opportunities that will present themselves along with the show, calling the Hype House a "creative rocket ship" that's "piloted by extremely hard-working, business-savvy young adults."

Former Hype House residents and TikTok's most famous exports are Charli and Dixie D'Amelio. The sisters are no longer affiliated with the Hype House and have moved onto more lucrative pastures, namely their own reality television series and a campaign with Mophe's sub-brand, Mophe 2.

There's official date for The Hype House premiere, but maybe we'll have to wait to see the fate of TikTok in the United States first.

NEXT UP
It Girl
Madison Bailey Is Embracing The "Elegance" of Being in Her Mid-20s
culture
Anna Delvey Is Getting A Reality TV Show
Culture
TikTok Dating Advice Is Hell On Earth
Beauty
“Birthday Makeup” Is Sparking A Battle of The Sexes On TikTok
Style + Culture, delivered straight to your inbox.