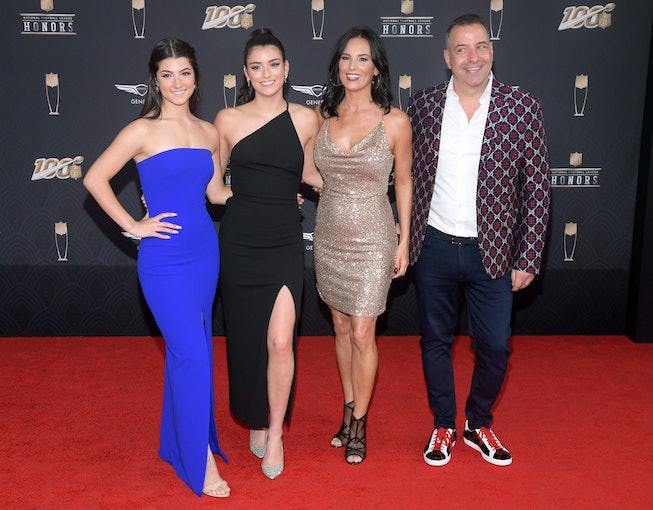 Even a potential ban from the United States government isn't enough to stall TikTok's cultural momentum. Two of the video app's biggest stars, sisters Charli and Dixie D'Amelio, are officially getting a reality show. Dixie confirmed that her family would be taking its antics from the phone screen to the television during an appearance on Z100’s Talking With Shelley Rome. “Not sure all the details yet but that will be coming," she explained. "It’s in the works right now.”

The rumors of a reality show have been circulating for some weeks now, and the sisters were still hush-hush about it in a July 14 interview with Cosmopolitan. “We definitely hope so, and there are some things in the works. I’m just excited for people to see more of our family dynamic — that’s really what makes us who we are,” said Charli at the time. “We are super close as a family, so that’s something I’d love to bring more light to and just have fun with it. That would be exciting, and I really hope it does happen.”

The forthcoming show will like give fans a bigger look into the D'Amelio family dynamic, and what goes on when they're not posting wildly popular TikToks. “[People] love when we go live, so that’s super fun. I mean, it’s really whatever helps us showcase what we’re really like," explained Charli to Entertainment Weekly. "Because people only really see us, like, dancing or lip syncing to songs. So, it’s really fun. Maybe try some new things.”

The D'Amelio family is still working out the show's details, but Charli and Dixie won't be staying idle. The sisters are busy being the faces for Mophe's Gen-Z sub-brand, Mophe 2, and of course, continuing to dominate TikTok.