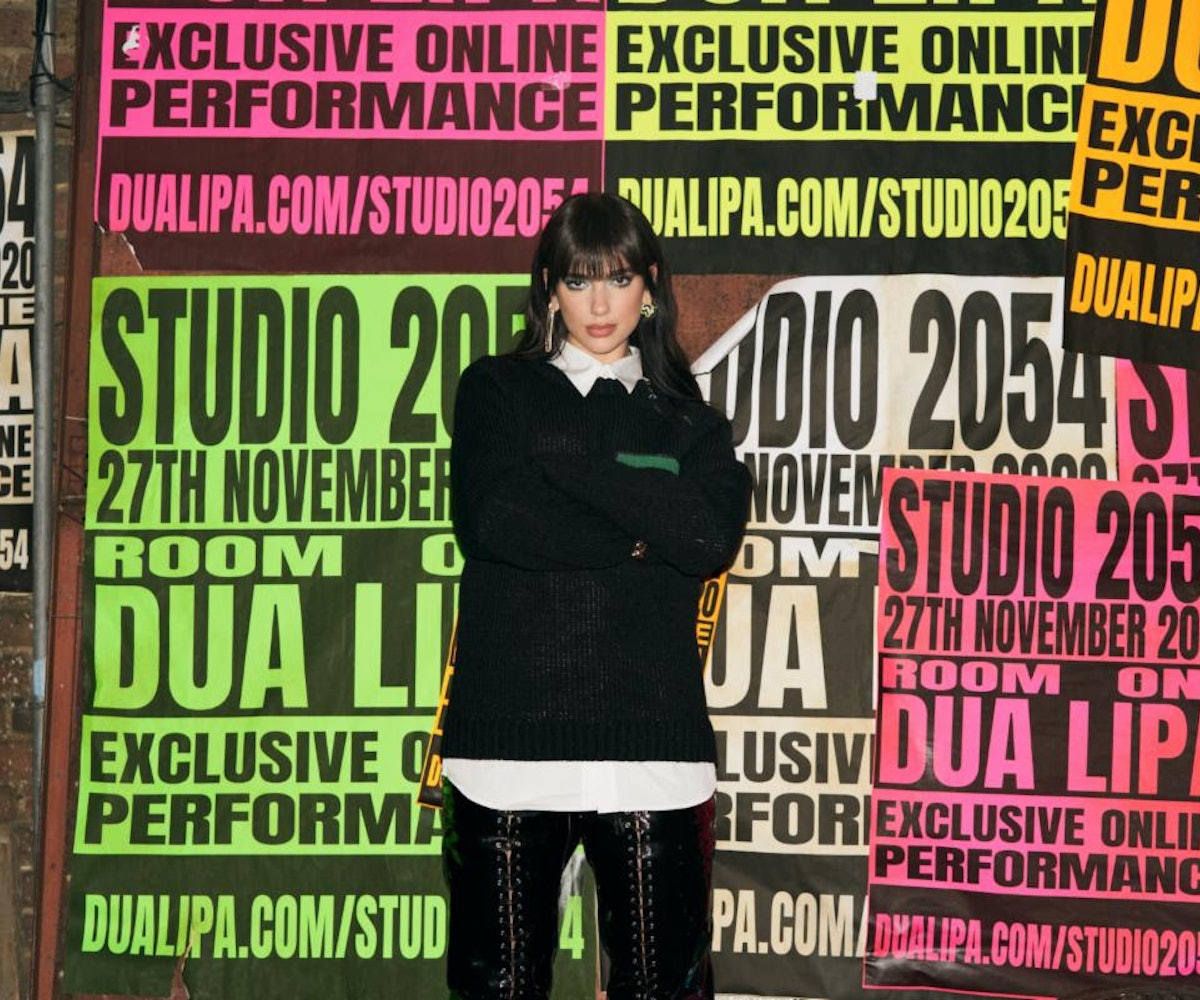 Dua Lipa dropped her sophomore record Future Nostalgia in late March 2020, during the early days of the COVID-19 pandemic, which meant that any and all live performances were on hold until further notice. Now, her time has finally come. Lipa is finally taking the stage on November 27 — exactly eight months after Future Nostalgia's release — for a virtual concert. She's taking the "future" and "nostalgia" part of her disco-inspired album seriously and is dubbing the event "Studio 2054," a clear nod to the legendary New York City disco nightclub Studio 54.

Tickets for "Studio 2054" go on sale October 30, with ticket bundles offering options for exclusive pre-show behind the scenes footage as well as After Show Party access — though it's unclear what the "party" portion will look like.

The ongoing pandemic forced the singer to reschedule her tour dates two separate times this year; her initial change of dates from 2020 to January 2021 were recently pushed back to September 2021 after mounting safety concerns.