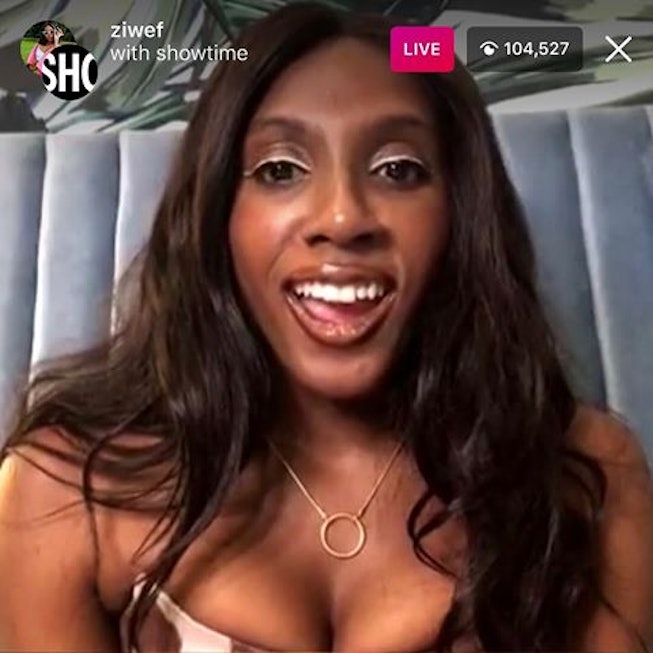 If Instagram Live was the star of quarantine then Ziwe Fumudoh was its powerhouse publicist, helping to show the world just how great the medium could be when embraced properly. A comedian and actress best known for her job as a writer on Showtime's late-night talk show Desus & Mero (as well as Apple TV+'s Dickinson), Fumudoh quickly commanded the platform with her weekly interviews, where she talked to celebrities and public figures like Rose McGowan, Alexis Neiers, and Caroline Calloway about many things — but most notably, about race. Probing them with questions about the number of Black friends in their inner circle and whether or not they'd call the cops if a Black person stabbed them in an abandoned alleyway, Ziwe's unapologetic interview style was unlike anything most of us had ever seen — both blunt and intimate at the same time. Now, after securing a book deal (and landing in my dream lineup for Keke Palmer's millennial version of The View), Fumudoh has gotten her biggest break yet: her own variety series on Showtime.

Produced by A24 (who are also behind Showtime's upcoming comedy series Moonbase 8), the yet-to-be-titled series was handed a straight-to-series order by the cable network, with production slated to begin soon. Fumudoh will executive produce the series in addition to starring in it. While details of what viewers can expect to see are understandably scarce this early in the production process, Deadline reports that the show will "feature interviews and sketches as well as unscripted real-world rendezvous between everyday people."

In a recent statement, Fumudoh said, “I am beyond excited to make my dream a reality with the brilliant minds at Showtime and A24. I can’t wait to make an iconic show with even more iconic guests.” Vinnie Malhotra, the Executive Vice President of Nonfiction Programming at Showtime, echoed these thoughts, adding, “Through her addictive online series and her work for our own Desus & Mero and Our Cartoon President, Ziwe has clearly emerged as an auteur voice in comedy and culture. She has turned all of our heads here at Showtime, and we’re excited to be the home for her new series as she continues to grow her edgy and hilarious brand of commentary on race, politics and everything in-between.”

Ziwe's show probably won't premiere until mid-to-late 2021 at the earliest. But in the meantime, you can always revisit any of her iconic Instagram Live Baited interviews. Shall we start with Alison Roman?