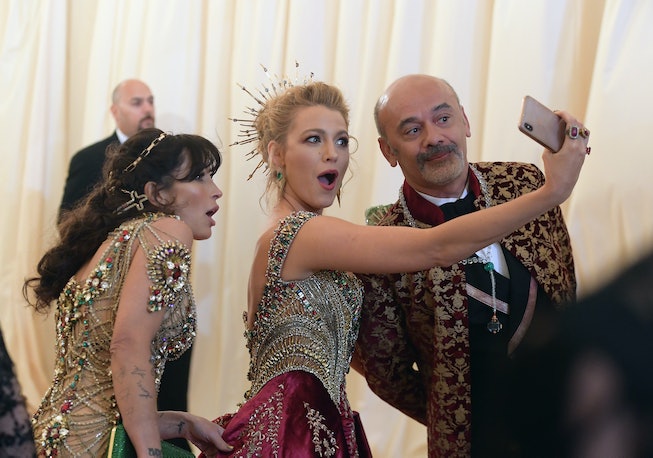 Editor’s Note: This post has been updated from its original version to include information on the 2022 Met Gala’s livestream.

With the highly-anticipated event either postponed or canceled over the past couple of years, the Met Gala is finally back to its regularly scheduled program, as announced by The Metropolitan Museum of Art. Also dubbed as the “Super Bowl of Fashion” or “Oscars of the East Coast” by many fans and fashion insiders, the 2022 Met Gala is scheduled to return to its traditional first Monday in May, and we’ve got details on this year’s theme and hosts.

Just eight months since the postponed 2021 Met Gala was held, the upcoming event marks the second part of the Costume Institute’s In America: A Lexicon of Fashion exhibition. From Gen-Z-adjacent Timothée Chalamet and Billie Eilish being named as the 2021 co-chairs and hosts to seeing some of the best celebrity outfits on the red carpet’s signature staircase, the next Met Gala could be even bigger and better this time around.

Check out everything we know so far about the 2022 Met Gala, including who will host the event, what the theme is, and how you can tune into the red carpet, ahead.

The Metropolitan Museum of Art announced that The Costume Institute’s annual spring benefit will be held on Thursday, May 2, 2022, in New York City.

When it comes to the exhibition, In America: An Anthology of Fashion explores American fashion from the 19th century through to the mid-late 20th century, and is a follow-up to last year’s Met Gala exhibition theme, In America: A Lexicon of Fashion. It is slated to open to the public on Saturday, May 7, and will continue to be on view until Monday, Sept. 5. According to the Metropolitan Museum of Art, more than half of the pieces in the Lexicon exhibition will be rotated out starting Monday, March 21, to display garments by designers that have not yet featured, along with those whose work appeared in the first rotation.

The 2022 Met Gala is teaming up with some of the biggest names in Hollywood. Regina King, Blake Lively, Ryan Reynolds, and Lin-Manuel Miranda will serve as the evening’s co-chairs, along with honorary co-chairs Tom Ford, Adam Mosseri, and Anna Wintour, following last September’s benefit.

What is the theme and dress code for the 2022 Met Gala?

In addition to last year’s “American Independence” theme, the 2022 Met Gala will be In America: An Anthology of Fashion.This year’s theme will pay “thoughtful homage to our country’s history,” according to the Met, so we can expect nothing but the utmost opulence both on the red carpet and the displays.

As for the 2022 Met Gala dress code, Vogue announced that it will be white-tie and requests that its attendees “embody the grandeur — and perhaps the dichotomy — of Gilded Age New York.” The fashion publication elaborated further on the time period’s style:

“For the upper echelon, fashion during that period was one of excess. Thanks to recent innovations of electric and steam-powered looms, fabric became faster and cheaper to produce. As a result, women’s dresses often featured a combination of many textiles, like satin, silk, velvet, and fringe, all adorned with over-the-top textures like lace, bows, frills, and ruffles. (The unofficial edict? The more going on, the better.)”

With New York State lifting the statewide indoor business mask-or-vaccine requirement effective on Thursday, Feb. 10, it is uncertain whether the 2022 Met Gala will be continuing its vaccine mandate or any other restrictions for attendees.

Vogue revealed that it will be hosting the 2022 Met Gala’s official livestream on Monday, May 2, starting at 6 p.m. ET. The livestream will be shown across Vogue’s digital platforms, as well as across social media, including Instagram, Facebook, and Twitter. Co-hosts Vanessa Hudgens, La La Anthony, and Vogue editor at large Hamish Bowles will be reporting live from the red carpet, as they interview the evening’s celebrity guests.

Check back at this post for more updates to come.

This article was originally published on March 18, 2022