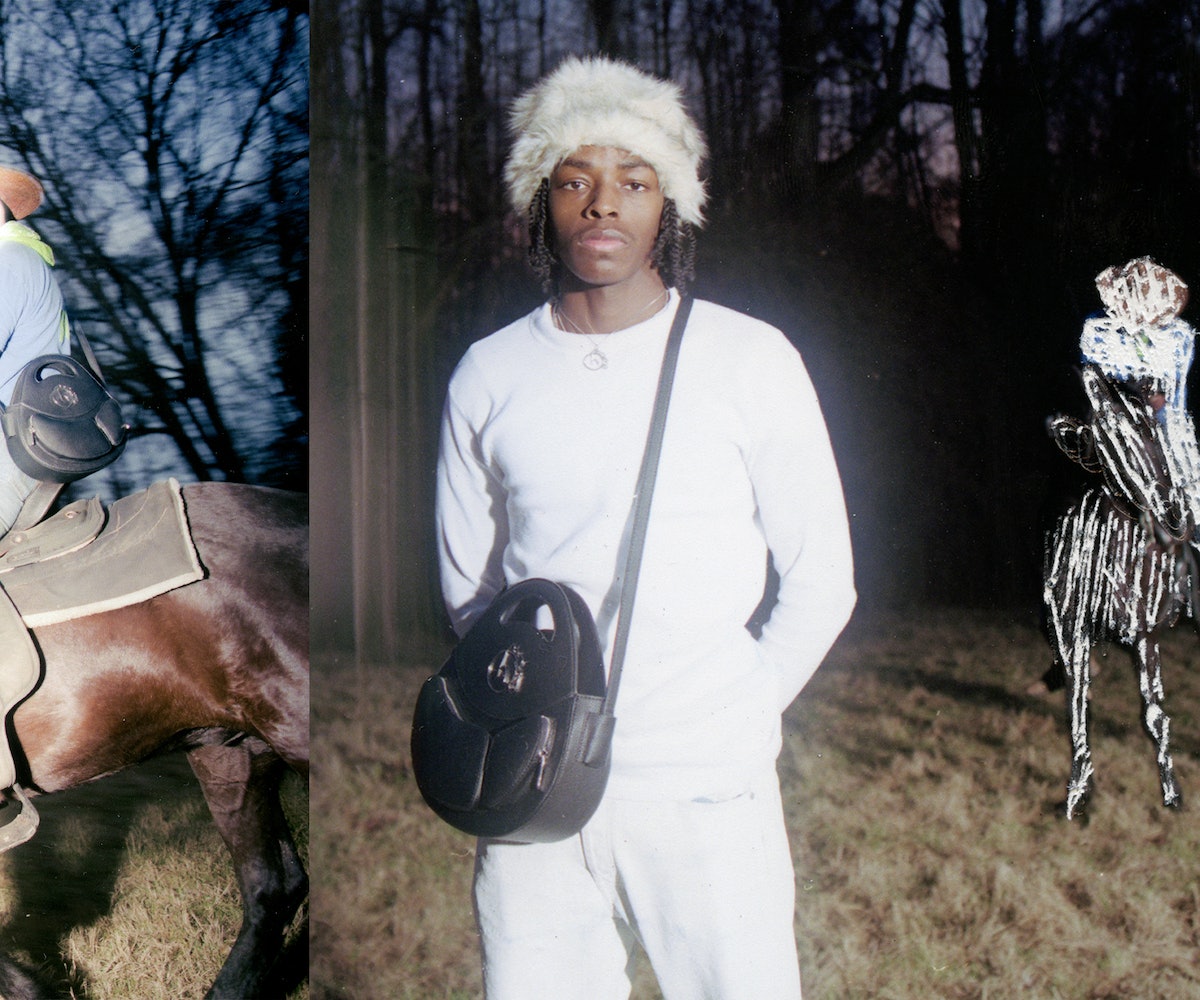 Early in our conversation over Zoom, Manning chatted about what the Black Renaissance even looks like for Black creatives, as we’re often forced to face a heavy conversation of what the future holds at such a young age. Are we actually the future we once looked up to?

“If you look at history, I feel like the same thing [is happening] now,” he tells NYLON. “Whether that’s with music or fashion, we’ve finally put our feet down and grounded ourselves in these different communities and fields, but we’re also facing things like trying to be bought out or having things taken from us in these spaces and not being represented.”

Manning has hope, though. In fact, he’s helping to pave the way for future Black creatives to come. “Years down the line, the next generation will look back and see what we’ve done and it’s almost like we’re making the job easier for the future,” he notes. “With all of the groundbreaking things happening now with our community, especially with it all online, we’re going to make even more advancements. We think we’re moving fast now but just wait until we go 20 or 30 years from now, when the kids who maybe grew up [without having] access to certain things [will] have access to these things [now]. Imagine where we’re going to be in the next 25 years?”

The future is undoubtedly starting off young now, and for Manning, it’s a riveting feeling to be a part of it.

Manning got his start in fashion back in 2014 after his father’s tragic murder, and at the early age of 16, he began to create. Grief often comes with negative connotations — loss, hopelessness, and an unspeakable sense of pain — but out of the sudden passing of his father, Homage Year was born.

“I realized that life is way too short for me to pursue someone else’s dreams, so let me create my own path,” he says. “You have to look at it that way and do what you truly want to do. If you don’t want to do anything, you’re going to miss all the good things that could happen in your life because of focusing on the reasons to not do it.”

Now residing in Atlanta, where Homage Year is based, the first-generation Jamaican American designer shares that his fashion inspiration over the years stemmed first from his family and church. “My house was just full of Christian and godly people,” Manning recalls. “Everyone like my father looked super dapper even on the street and my mom had these beautiful dresses and big church hats. They’re always dressed super clean, but they still popped out.”

Years later and since the inception of Homage Year, Manning says much of his inspiration comes from designers like streetwear pioneer Nigo and Theophilio’s Edvin Thompson, as well as the concept of Genesis, the first book of the Bible. From his own personal style to his work, Manning aims to create emotional designs from a “blank slate,” much like how God created Earth, according to the religious scripture.

In an era where Black-owned “it” bags are having a moment — from Telfar Clemens’ Shopping Bags to Brandon Blackwood’s “End Systemic Racism” minis to Raul Lopez’s Luar handbags — the viral Homage Year “Ova” Manifestation Bag is also making its way up the list of sought-after handbags. The egg-shaped accessory, crafted from vegan leather and priced between $150 and $350, has quickly become a closet staple for many who are looking for their next go-to bag. When Manning first launched his now-coveted design for Black Fashion Fair’s fall 2021 class, it was a breakout moment for Homage Year, seven years since the brand’s original launch.

Homage Year’s Ova comes in a number of colorways, each with its own special meaning, according to Manning: blue for intuition, pink for passion, yellow for protection, brown for solidarity, red for control, purple for abundance, orange for growth, and green for tranquility. “The beauty of the bag is within the message,” the brand captions the bags. It seems the “blank slate” that Manning often references is the epitome of his beloved bags, as it’s whatever we want it to be.

In a time when loss is beyond insurmountable, Manning is planting his roots in the new. A rebirth is always emerging from that which is lost, as they say, and he’s turning it into creative inspiration. “Recently, I’ve been inspired by Mother Earth and youthfulness,” Manning says. “Farmers and agriculture. Summertime, even Adam and Eve in the [Garden of Eden], and the seven days of creation.”

Ultimately, Manning is building something more than just a brand — “Good quality, bad company,” Homage Year’s motto reads — and while that requires building community, it starts with having longevity in a time when micro-trends reign among our online feeds and shopping carts.

Since the most recent launch of his Valentine’s Day collection, Manning is continuing to build a bigger future for Homage Year, and he wants you to be a part of that future, too. “I feel like you got to start now. Everybody wants to be the first actor, the first woman president, all these different firsts, but you have to be the person to just do it because that’s the hardest decision you have to make,” he notes. “Also, believe in yourself first because [people] will put you last in so many different situations. That’s the most instrumental part of living in your dreams and making them happen.”

Wardrobing from No Signal

NEXT UP
fashion
How ‘Spice World’'s Costume Designer Nailed The ‘Scooby-Doo on Acid’ Look
Culture
The Cutest Couples At The 2023 Grammys
Fashion
Jenna Ortega Is The Face Of Adidas’ Newest Line
Fashion
Collina Strada & Vans Team Up For A Chiller-Friendly Collection
Style + Culture, delivered straight to your inbox.