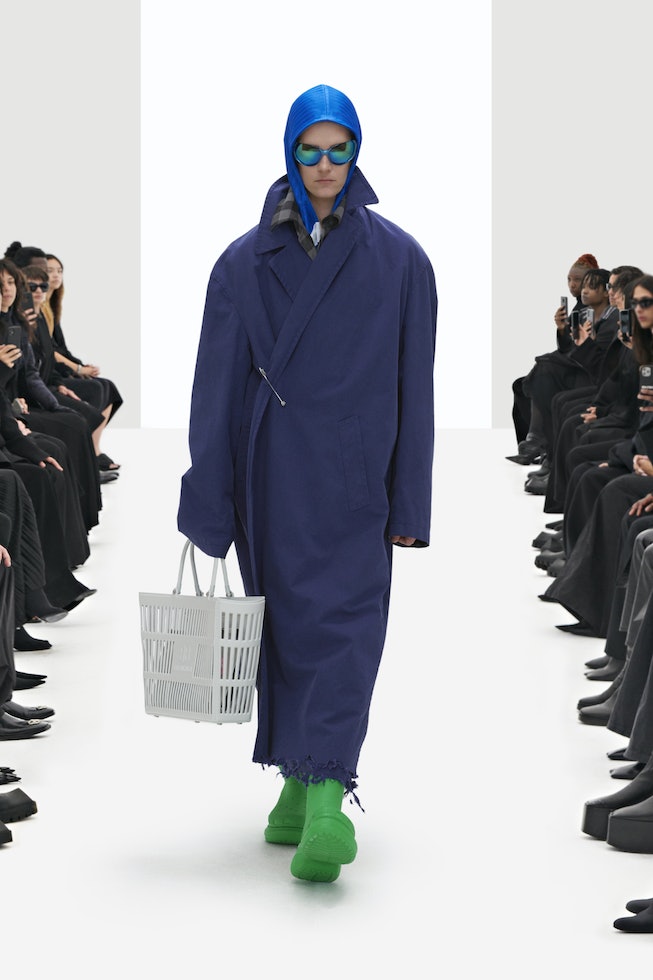 Balenciaga Is Back On Its Crocs Game

Crocs may be having a moment in 2021, but it was Balenciaga’s Demna Gvasalia and Christopher Kane who originally introduced them to the high-fashion set way back in 2017.

For Balenciaga’s Spring 2022 collection, which debuted on Sunday, Gvasalia has upped his Crocs game once again, presenting knee-high boot and stiletto takes on the classic foam clog.

“We were inspired by Crocs and we worked with them on a Balenciaga reinterpretation. Balenciaga x Crocs isn’t impossible, the question of taste is a very subjective value. We’ll see if this works in six months’ time in the stores,” Gvasalia told French Vogue in 2017. “I wore Crocs this summer to see how I felt about them and they are the world’s comfiest shoes! I just wanted give to give them a fashionable touch: a platform. At the end of the day, fashion is all about having fun.”

The $850 platform clogs ended up being a huge hit, selling out well before they even hit the sales floors and becoming a street style favorite during fashion week. We won’t be surprised if the same results will happen with this upcoming collab, too.

In response to Gucci’s Alessandro Michele “hacking” Balenciaga for his new “Aria” collection in April, Gvasalia also debuted a hacking lab project with the Italian luxury label, showing Gucci handbag silhouettes and belt buckles with the double-G logo replaced with a double-B logo.

“Alessandro and I are very different,” Gvaslia told Vogue in a recent interview. “But we both like to question this whole question around branding and appropriation…because everyone does it, whether they say it or not.”

Take a look at Balenciaga’s new Crocs and Gucci styles, as well as its Spring 2022 runway show, below.