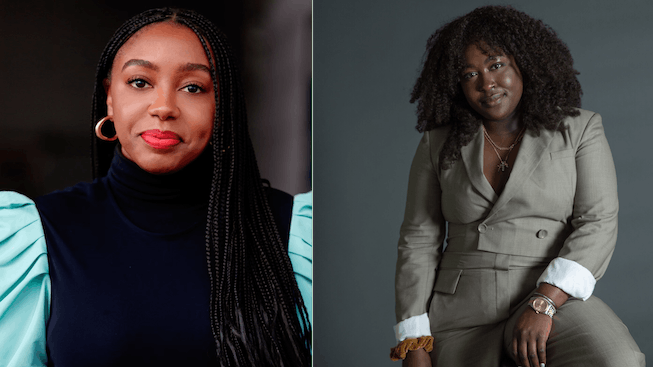 Courtesy of Black in Fashion Council

As the Black Lives Matter movement continues to call out systemic racism across the globe and justice for the countless murders of Black individuals by the police, the fashion and beauty industries are experiencing their own reckoning. Not only is the lack of diversity rooted in western (white) beauty ideals, but companies, from high-end brands to fast fashion labels, have been the culprit of numerous racially charged controversies, along with toxic and not-so-inclusive work environments that have kept Black professionals from acquiring top leadership positions.

As a result, Black creatives are joining forces to hold the fashion industry accountable and help create long-term systemic change. Set to officially launch in July, the Black in Fashion Council — founded by Teen Vogue Editor-in-Chief Lindsay Peoples Wagner and communications consultant Sandrine Charles — aims to "envision a world in which Black people in fashion and beauty spaces can be open and honest, guaranteed equal rights, and be celebrated for our voices," according to the organization's now-launched website.

The new coalition, which boasts more than 400 fashion and beauty professionals — editors, stylists, executives, educators, designers, models, and more — has garnered support from the Human Rights Campaign to create an equality index score or industry report card on inclusivity of Black employees. The Black in Fashion Council will work with businesses and companies on a three-year-commitment, and its first equality index score will be released in June 2021. Plus, with the Council's growing network, Peoples Wagner and Charles have plans to create a purchasable digital directory comprised of Black fashion and beauty professionals for hiring companies that want to diversify their staffs.

"What sets us apart is we want to show that we're in solidarity with you, we want to not only support your group but empower you with resources that you may or may not have," Charles told Vogue in an interview. "That's really important: to have a network of people that are working for the same good with egos aside."

The Black in Fashion Council joins the Black Fashion & Beauty Collective and The Kelly Initiative — both newly formed, as well — to advocate for equal treatment within the industry. While the Black in Fashion Council focuses its efforts on the industry as whole, the Black Fashion & Beauty Collective is made up of more behind-the-scenes creatives, specifically stylists, makeup artists, and hairstylists. (Image architect Law Roach, stylist and Aliétte designer Jason Rembert, and hairstylist Lacy Redway are the co-founders.)

Celebrity stylist Jason Bolden described the group as a "Black glam union" to Business of Fashion, which will serve as a support system to help advance members' careers and help identify discriminatory behavior while on the job. "Our white counterparts have very different experiences from us, from how they get paid to how they have been treated, agents... their proximity to PR, management agencies," he said. "It's a very different experience."

"The Conversations" podcast hosts Jason Campbell and Henrietta Gallina, along with designer and writer Kibwe Chase-Marshall, formed the The Kelly Initiative, named after the Black American designer Patrick Kelly, as a response to the CFDA's anti-racism efforts. In an interview with Highsnobiety, Pyer Moss' Kerby Jean-Raymond, who originally offered actionable demands during a meeting with the CFDA at the beginning of this year's Black Lives Matter protests in early June, called the announcement a "watered-down, bubblegum-ass statement that didn't address the issues."

The Kelly Initiative's petition, boasting 250 signatures, presents the CFDA with a four-point plan for better transparency and inclusion, including an industry census, headhunting and recruitment accountability audit, annual data disclosure, and The Kelly List, which will annually highlight 50 selected Black fashion professionals for networking opportunities.

These calls to action have been applied towards retail and beauty, too. Aurora James of Brother Vellies launched the 15 Percent Pledge, which calls on major retailers to dedicate 15 percent of their shelf space to Black-owned businesses. (So far, both Sephora and Rent the Runway have signed on.) Beauty brands are also tasked with showcasing more transparency on their corporate and executive staff. UOMA Beauty founder Sharon Chuter's #PullUpOrShutUp challenge requests that companies release the racial breakdown of employees in leadership, corporate, and executive positions. Its Instagram account includes responses from a slew of companies that span from beauty and media to tech and apparel.

"Show us you really mean it," wrote Chuter on Instagram, in response to the corporations who released statements (and posted black squares) in support of Black Lives Matter. "And you are ready to stop being a part of the system of oppression and marginalization."