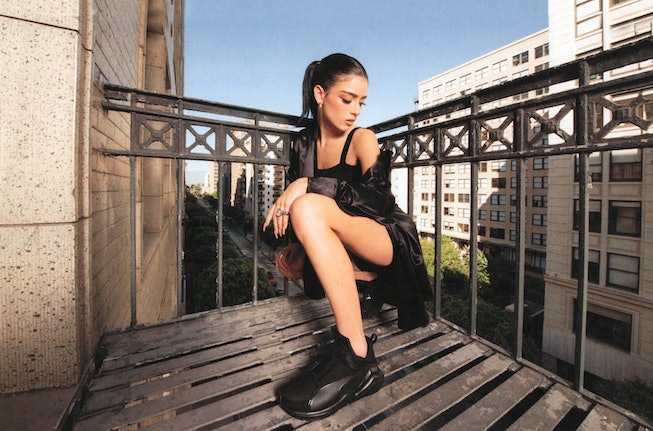 Dixie D’Amelio is Puma’s newest women’s ambassador, joining the global sportswear brand’s notable roster megastars, including Dua Lipa, Cara Delevingne, Rihanna, and Selena Gomez. The social media star and music artist made the official announcement via Instagram on Monday. In the post, she stunts in all-black attire with the caption, “so excited to be joining the @puma fam🖤 #pumapartner.”

For her new role as Puma, D’Amelio will take on many projects, such as appearing in global campaigns and releasing her own collection, which is set to hit stores and online in 2022. “I am so excited to join the Puma Family,” said D’Amelio in a press release. “Sports, fashion, and music are a major part of my life and who I am, so I am beyond thrilled to be working alongside a brand where all three of these things meet.”

It’s no surprise D’Amelio landed her new (and first solo) fashion gig with Puma. Being one of TikTok and YouTube’s top creators — and amassing more than 90 million followers on her platforms combined — her influence is unmatched. D’Amelio, alongside her younger sister Charli, have also been slowly carving out their own space in the fashion world. Not only have they landed campaigns with Hollister but they launched their own clothing line with Abercrombie & Fitch Co., called Social Tourist.

Aside from the official partnership announcement, D’Amelio also shot a campaign with Puma, featuring the brand’s new Fierce 2 sneakers, which you can shop online now. See more of the photos by photographer Amber Asaly, below.