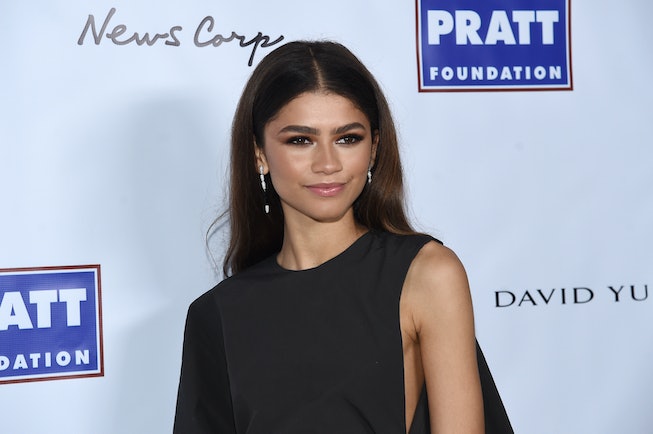 The red carpet may have looked a little different this year, but that doesn't mean the fashion moments from the 2020 Emmys was any less exciting. The virtual awards show offered plenty of sartorial inspiration for future WFH fits and Zoom calls, like fancy pajamas and statement jewelry. But a majority of celebrities went full-on glam for the ceremony.

Zendaya, who was nominated (and won) for Outstanding Lead Actress in a Drama Series for her role as Rue Bennett on HBO's Euphoria, took the "come as you are, but make an effort" dress code very seriously on the effort front. Styled by Law Roach, she showed off a Christopher John Rogers look straight from the designer's Fall 2020 runway collection. And this won't be the only look we're getting from Zendaya, as she has multiple outfit changes in store through the night. To accept her first-ever Emmy award (and as the youngest ever lead-actress winner), she wore a custom Armani Privé look.

Meanwhile, Regina King, whose starring role in Watchmen garnered her another Emmys nomination, wore Schiaparelli haute couture in bright blue and embellished gown. Styled by Wayman and Micah, she revealed her "red carpet" look with a photo shoot from photographer James Anthony for Instagram. Upon accepting the award for Outstanding Lead Actress in a Limited Series or Television Movie at home, King wore a bright pink suit (also Schiaparelli) and a T-shirt with the face of Breonna Taylor on it.

There was also Tracee Ellis Ross, who wore a gold ruffled Alexandre Vauthier gown. "How fun to get dressed up! Can't say I miss the frenetic energy of the red carpet or wearing high heels, but boy do I miss a pretty dress!!" wrote the Blackish star on Instagram.

See the best fashion moments from the 2020 Emmys, below, and keep checking back for more as we update our list.

Sandra Oh in Korelimited and L'Agence

This article was originally published on Sep. 21, 2020