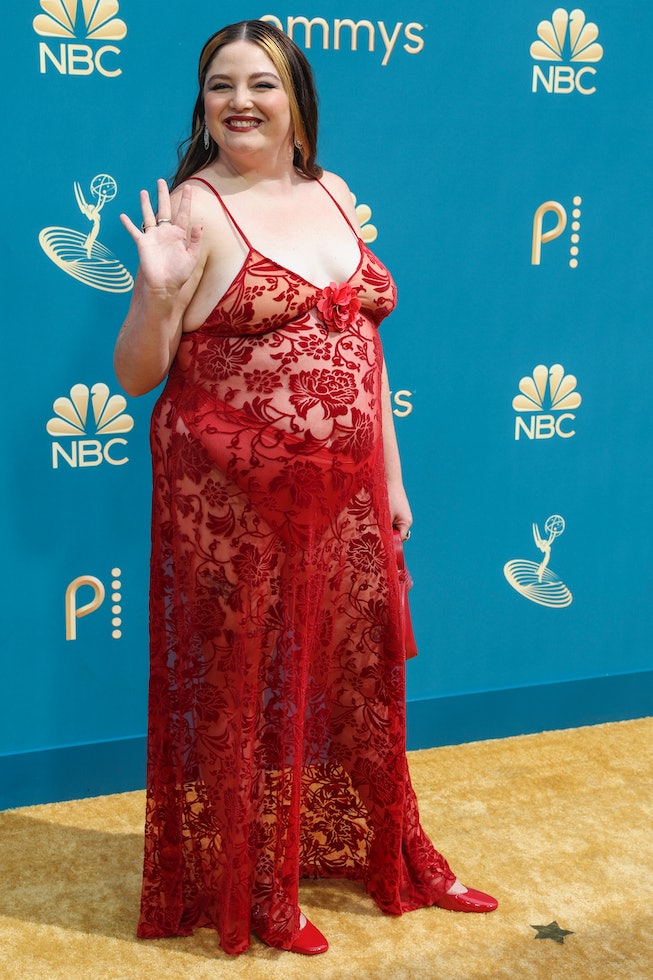 The 74th Primetime Emmy Awards have arrived, and all eyes are on the stars of the silver screen. After a couple of touch-and-go years, there’s a a sense of normalcy in the air — and on the red carpet.

It’s been a banner year for television, with fan-favorite shows like Euphoria, Ted Lasso, The White Lotus, and Succession nabbing dozens of nominations, collectively. But before we find out if Sydney Sweeney will take home an award for not just the one but both wildly popular shows she appeared on this year, we’ll be waiting with bated breath to see what she (and her co-stars) wear on the red carpet.

Her The White Lotus co-stars Connie Britton and Alexandra Daddario, who arrived on the red carpet in a gorgeous, pink flowing Monique Lhullier gown and a beaded, one-shoulder Dior Couture dress respectively, kicked the festivities off with a bang. Pink appears to be an early theme on the carpet, with Hannah Waddingham and Molly Shannon following suit.

And let’s not forget about the men on carpet. Host Kenan Thompson looked ready to go in blue velvet and matching sunglasses, while Andrew Garfield and Cousin Greg — err — Nicholas Braun (in Dior) looked wonderful in white.

Below, a look at every must-see look on the Emmys red carpet.