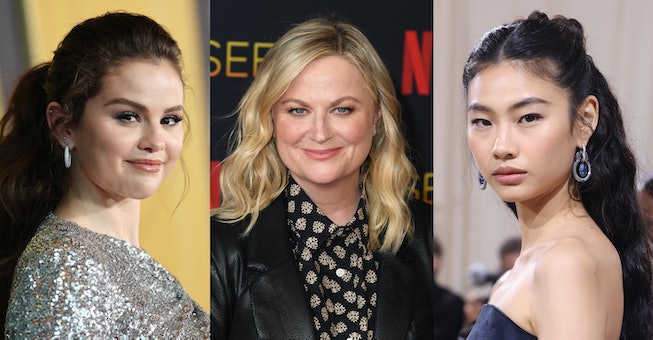 If you’re anything like me, then you’re most likely still recovering from the egregious snubs that came with this year’s round of Emmy nominations. (I mean, come on — no love for Selena Gomez in Only Murders in the Building or for Britt Lower in Severance? How dare you, Television Academy!)

Alas, the calendar has continued to count down, no matter how I personally feel about Inventing Anna nabbing a nomination for a category that didn’t account for the far superior Under the Banner of Heaven. As such, I have no choice but to bury my feelings, swallow my pride, and look ahead to the upcoming ceremony, which, somehow, is already around the corner.

Will Succession solidify its legacy as HBO’s latest Game of Thrones-level awards juggernaut or will it be upstaged by a flashier new contender like Yellowjackets or Severance? Will Zendaya add another trophy to her mantle to become the youngest actress to nab two Emmys as the lead of a drama series or will a past winner like Jodie Comer sneak their way up to block her from victory? And what about Janelle James — is the internet fervor surrounding the Abbott Elementary breakout enough to box out Kate McKinnon, the two-time winner who’s nominated for her final season of Saturday Night Live? These and other questions will be answered in just over a month, when A-Listers from across Hollywood (and beyond — hello, Squid Game) make their way to the Microsoft Theater in Los Angeles for a night of decadence, celebration, and inevitably, mild disappointment.

Here’s everything we know about the 74th Annual Emmy Awards.

When is the ceremony?

The 74th Emmy Awards are currently scheduled for Sunday, September 12 at 8:00pm ET/5:00pm PT. The ceremony is slated to run for the standard three hours, though anyone who’s watched an awards ceremony before knows how unrealistic that is.

After what has been described as a “lengthy search,” NBC and The Television Academy just announced that beloved actor and comedian Kenan Thompson would host this year’s ceremony. An Emmy winner himself, the longest-running cast-member in Saturday Night Live history is coming fresh off two other hosting gigs: the 2021 Kids Choice Awards and the 2021 People’s Choice Awards.

“Being a part of this incredible evening where we honor the best of the television community is ridiculously exciting, and to do it on NBC — my longtime network family — makes it even more special,” the comedian recently said in a statement about his new appointment. “Like all TV fans, I can’t wait to see the stars from my favorite shows.”

Echoing this, Jen Neal, the Executive VP of Live Events for NBCUniversal Television and Streaming, added, “Kenan is well-regarded as one of the funniest, likable, and accomplished performers of the last two decades and his tenure on Saturday Night Live speaks for itself. We know he’ll bring an excitement and professionalism to the Emmy Awards that a show of this stature deserves.”

How can I watch the ceremony?

The 2022 Emmy Awards will air on NBC in addition to streaming live and on-demand on Peacock.

The first batch of Emmys presenters were announced on Wednesday, September 7th, and include: