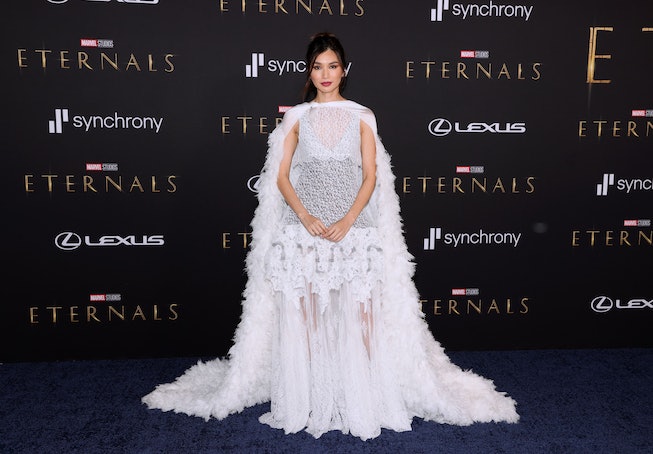 Award-winning actress Jolie, who plays Thena in the upcoming film, which is set to be released on Friday, Nov. 5, brought five of her children (with her second eldest son, Pax, absent from the event) to the celebratory affair, and they were dressed in vintage and upcycled looks from Jolie’s own wardrobe over the years.

Zahara, who’s 16 years old, dazzled in a shimmery Elie Saab haute couture gown that Jolie wore to the 2014 Oscars, while Shiloh, 15, was dressed a Gabriela Hearst look that her mother wore back in July at Guerlain’s “Women for Bees” initiative event in Paris. They were also joined by their siblings Maddox, who wore an all-black look with sneakers, and twins Vivienne (in a cream-colored midi dress) and Knox (in a black shirt with a dark green vest and matching pants). As for Jolie, she posed alongside her children in a stunning, sleeveless tan gown from Balmain’s Resort 2022 collection.

“My kids are all mixed with vintage, and in my old Oscars dress,” Jolie told Entertainment Tonight during the red carpet event. “We did all vintage and upcycled my old stuff.”