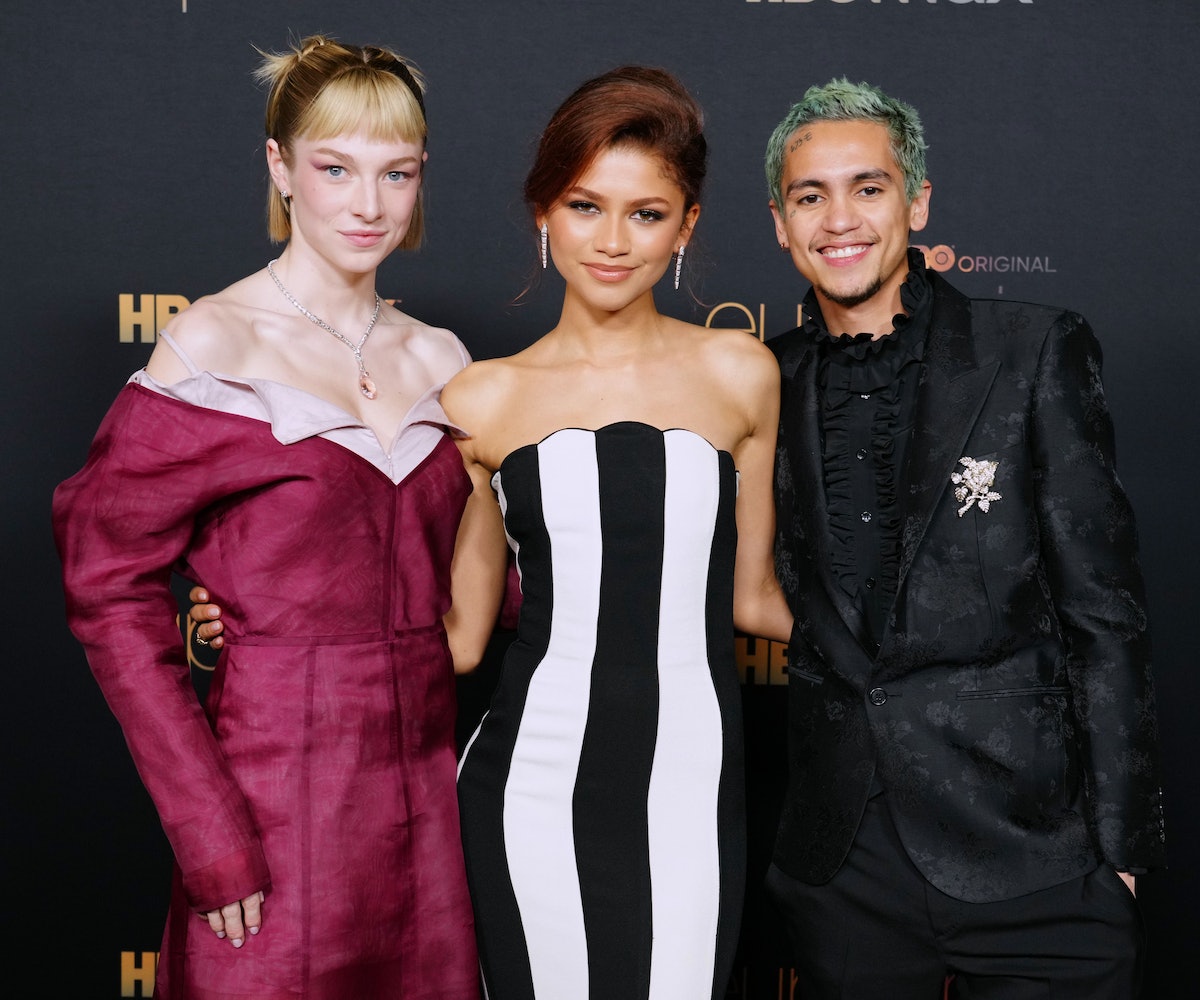 On Wednesday, Jan. 5, a photo opp for HBO Max’s hit teen drama Euphoria took place in Los Angeles ahead of the show’s official second season drop on Sunday, Jan. 9. The intimate event, which only featured the award-winning cast, did not disappoint when it came to the red carpet looks, and let’s just say, we were definitely in for a high-fashion treat.

The beloved actors won over our hearts once more in glammed-up ensembles and dapper suits, though it seems that some of the show’s stars, like Barbie Ferreira and Storm Reid, were absent from the photocall, reportedly due to concerns surrounding the recent Omicron surge.

While we wait for our favorite chaotic high school students to return to our screens, check out our favorite red carpet looks from the cast of Euphoria’s Season 2 in more detail, including Zendaya in ‘90s-era Valentino, Sydney Sweeney in Miu Miu, Dominic Fike in Saint Laurent, and more, ahead.

The second season of Euphoria premieres on HBO Max on Sunday, Jan. 9.