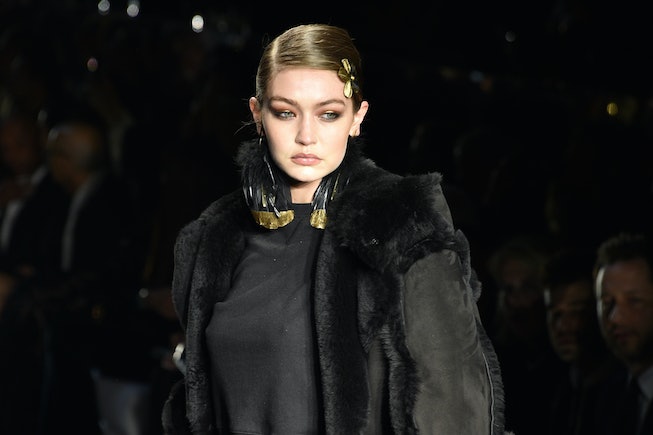 Gigi Hadid is now the glowing supermodel mother of a baby girl, but she’s managed to keep the details of her pregnancy and new motherhood under wraps. The model announced her pregnancy during the height of COVID lockdowns last May, but now she’s sharing some more info via Twitter on when, exactly, she found out.

In honor of the one-year-anniversary of Hadid walking the Jacquemus show in Paris, the model shared a photo from the day, prompting one fan to ask if she knew she was pregnant at the time.

"Yes, I found out the day before the Tom Ford show," she tweeted. "I was so nauseous backstage, but I learned I could kinda control it if I continuously ate, so my mom would pack me snacks before each show. Bless."

Hadid expanded on her challenging fashion month last year, revealing her cravings and when her nausea hit her the hardest.

"It went [in] waves. Everything bagels/extra cream cheese, triple chunk brownies for breakfast- sourdough toast & tomato olive oil salad w lots of salt and pepper lol ... and Z's ribs w fries. Random," she added. Then "Also arugula salads!!! But during fashion month in Europe it was hard to find bagels so I ate mostly bread & Dutch cheese (except for in London, Taylor gave me bagels). Backstage at Burberry was the hardest day with the nausea, I remember."

Hadid gave birth to her daughter in September, but has yet to publicly share her name or any photos. Maybe in another year?