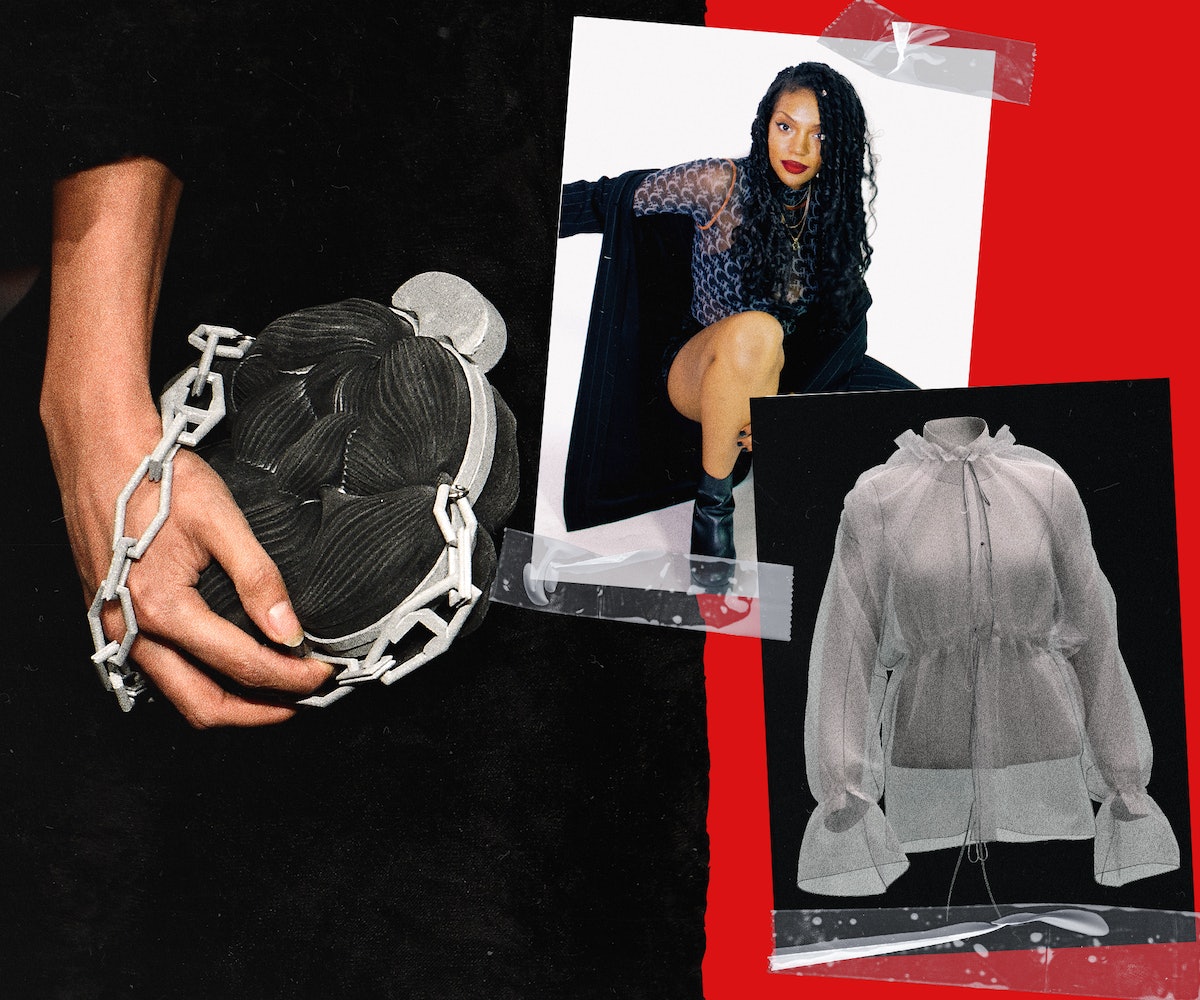 Fashion, like much else in the world, is in crisis. The pandemic has roiled the industry such that layoffs have extended beyond fashion media (where careers have been long plagued by uncertainty) to include public relations, design, and other sectors. In fact, the British Fashion Council released data from Oxford Economics that found the COVID-19 recession could hit the fashion industry so hard that "an entire generation of creative talent" could potentially be wiped out.

Luckily, there are bright spots. As fashion continues to evolve to embrace social media and technology in new ways, traditional career paths are giving way to what might seem like futuristic roles, those that extend beyond the four major fashion cities of the Western world.

Of course, what were once fashion's most coveted traditional roles — the all-powerful magazine editor, trend-defining retail buyer, and prestige photographer, for example — will still be around and working, even if a new guard of talent has started to replace the establishment.

So, how are jobs shifting? Who is redefining manufacturing, scouting new talent, and synthesizing the industry around us? Below, a look at how six fashion entrepreneurs and insiders are revolutionizing the fashion world from within.

Although NYLON has already crowned Depop captions the best fashion blog on the internet, the platform's sellers simultaneously encompass part of the future of fashion retail, evolved from the traditional department store or curated boutique buyer.

Not only are fashion's youngest shoppers more likely to make clothing purchases online compared to in-store (according to a McKinsey survey published in July), but 50 percent of Gen Zers and millennials are expected to purchase more items secondhand. The data suggests platforms like Depop are poised to usurp the moribund American mall as the internet's premier shopping destination. Those stocking Depop with wears, like Atlanta-based creative Akila André, are already seeing the payoff.

André, who describes her Depop store as a little '90s Jil Sander, a little bit "edgy, and a little bit ugly," sources her stock differently than the traditional retail buyer might. Thrift stores and her dad's closet offer inventory that she then reworks to create unique pieces.

"Finding pieces that are not cookie-cutter is so difficult, because a lot of people [on Depop] just sell blouses and regular T-shirts. I want something interesting, something cool," says André, a Savannah College of Art and Design graduate. While a traditional retail buyer might attend a runway show and accompanying re-see appointments during fashion month to place next season's orders, André's less interested in the traditional fashion buying process.

"I don't really follow big fashion designers as much as I used to once I got out of school because I just feel like the clothes weren't really attainable for me, and I didn't really care about them," she says. "I like things that are more tangible."

The last time fashion underestimated a grassroots effort to democratize discourse in the industry, mid-aughts style bloggers found themselves front row at runway shows, centered in digital marketing campaigns, and driving much of the digital conversation. On the precipice of that next wave are the members of High Fashion Twitter, known as hf twitter, a community of users on the platform who openly discuss everything from the value proposition of the traditional runway show to supply chains and sustainability.

Samantha Haran, the hf twitter Met Gala coordinator based in Australia, sees how once-sidelined fashion bloggers may have succumbed to the money that comes when the fashion establishment — the LVMHs and Kerings of the world — embrace you. Conflicts of interest (namely, sweet influencer marketing deals), she says, have tainted objectivity. Most hf twitter users, according to Haran, aren't in it for the money at all and have envisioned other ways to integrate their love of fashion into their lives. (Haran, for her part, is a law student who intends to apply her legal background in the fashion industry once she graduates.)

"High Fashion Twitter has definitely become a place to really talk about the serious issues in fashion, which has been really great because with mainstream fashion media ... they're not very insightful," says Haran. "And I think a lot of us feel that they're very much subject to things to do with advertising and different things that impact objectivity."

While Iris Van Herpen is among the most recognizable names in 3D fashion design, her couture creations are largely inaccessible. Others in the industry, like Julia Daviy, are actively working to scale the technology that helps create 3D printing, or as Daviy prefers to call it, "additive manufacturing."

The benefits of additive manufacturing — zero-waste production and transparent supply chains among them — are a measurable evolution beyond traditional textile work in fashion. Even if a blouse's fabric is fair-trade and organic, waste produced throughout what can often be fashion's murky supply chain complicates what sustainability looks like. As for the cost, a calculator developed by researchers at MIT identifies more than 100 different parameters that impact price, rather than fashion's preferred approach of tallying the cost of production and tacking on some arbitrary percentage that has more to do with marketing than any real sense of luxury.

Daviy and her peers are working towards using "organic and biological materials" to create 3D-printed handbags, for example, versus using polymers and resins. (To be sure, the price of a handbag by Daviy is around $500, still out of reach for many.)

And for those who might think the design of 3D-printed clothing is limited, the field is still emerging.

"It's been considered that simplicity is the best aesthetic [in 3D fashion]," says Daviy. "But when we look into nature, you will see complexity... The development of computational design and implementation of additive manufacturing means you can create this complexity without changing the price."

The coronavirus pandemic may have relegated fashion creatives to work from home, devoid of the resources available in a studio or the ability to host a splashy runway show. Hanifa, Anifa Mvuemba's contemporary ready-to-wear label, recently presented its Pink Label Congo collection in a mesmerizing digital fashion show, exploring how to translate clothing and its movement for the digital world.

Some digital artists skilled in CGI, augmented and virtual reality, and 3D design have answered the call to evolve within the industry’s pandemic-imposed constraints to "weave URL x IRL," says Leanne Elliott Young, co-founder of the Institute of Digital Fashion, a firm that specializes in digitizing everything from models to runway shows, showrooms, and more.

The Institute of Digital Fashion has worked with brands including Alexander Wang and Balenciaga, and is partnering with Selfridges for an upcoming digital takeover for London Fashion Week. While old-school fashion marketing has relied on featuring models in glossy campaigns and expensive (and unsustainable) in-person runway shows, the Institute of Digital Fashion has found ways to leap far beyond those methods.

"We do have the beauty, though, to sit these garments in a universe that does not mirror reality, i.e., with zero gravity, so that's when the magic happens,” says Cat Taylor, the institute's other co-founder, who also runs the creative collective Digi-Gxl. "We really push technology and the softwares we use to an uncomfortable position."

Up through the mid-2000s, fashion models would recount stories of being scouted unexpectedly in their hometown mall, park, or some other bastion of small-town life. Fast forward to 2020, and you're more likely to be discovered on Instagram or TikTok.

Viral Nation is one such firm, whose CEO Joe Gagliese has facilitated deals with Dolce & Gabbana, Fashion Nova, and Moncler, among others.

"Scouting is still really important because it is what makes the campaigns special and effective. Above all else, we like to get to know the influencer and understand [what] they are like to work with," says Gagliese. But unlike modeling's 1990s heyday, talent today needs to be more than beautiful (a recent FaceTime conversation between Gagliese and Elite World Group's CEO Julia Haart confirmed as much).

"Data also plays a huge role in determining the influencers we use for a campaign," explains Gagliese. "I believe, like [Haart], that models' new currency beyond appearance is their social [media.] I believe over the next five to 10 years, models will be earning a majority of their incomes from social, and it will continue to shape the space."

As much as people would like to think what makes it to the internet is permanent, in many ways, the digital world can be an ephemeral entity where websites are erased and archived and social media accounts wiped, tossing an era of work into the void.

While the traditional fashion historian might keep records and curate museum exhibits in the real world, there are also some who have become digital fashion archivists, most apparently on Instagram. Accounts include those like Old Prada, New Bottega, and Old Céline.

The latter, Old Céline, is run solely by a 23-year-old digital marketing professional and longtime Phoebe Philo fan in Vancouver named Gabrielle Boucinha. She started the account a few days before the official Céline (now Celine) brand Instagram account was gutted, presumably to usher in Hedi Slimane's new era of the house, one with a fundamentally different design aesthetic than that belonging to his predecessor.

"At Céline, Phoebe Philo definitely led a quiet revolution," says Boucinha. "In our climate of rotating trends, excess, and wastefulness, nothing felt and remains to feel more important than Phoebe's commitment to design that stands the test of time."

Although much of how the fashion industry has evolved has been precipitated by the digital world, there is still much to be said for what can feel more permanent in the real world.

"I would love to create a more tangible archive, as well, of course," says Boucinha. That is, "if resources allow for it!"