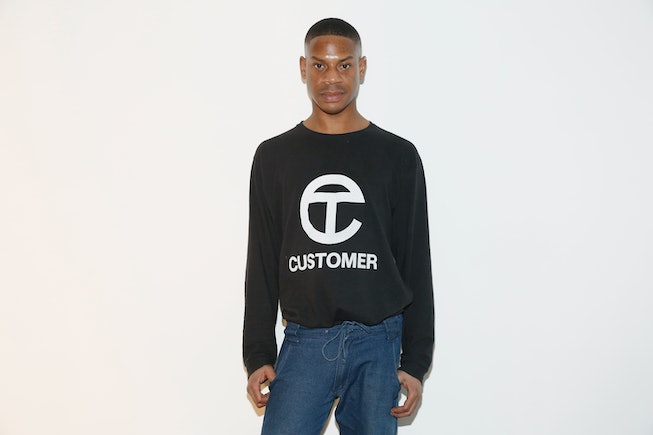 Telfar's next drop isn't a bag, but it will most likely sell out like the rest of them. Over the weekend, the brand announced its new du-rag in a classic handkerchief paisley print with subtle updates, like adding its logo throughout the motif.

Telfar has experienced a sudden rise in popularity over the summer, despite its signature Shopping Bag being coined the "Bushwick Birkin" and an "It" bag years prior. The brand's drops for the bag now sell out within seconds of going live, resulting in the use of bots by some upsellers to snag as many as possible in order to resell the bags above their market value. Due to the overwhelming demand, the brand was forced to shut down its site and reassess.

In August, Telfar announced its 24-hour pre-order, allowing customers to purchase any bag they want with the guarantee that it would arrive between December 15 and January 15, 2021.

"Telfar is a Black-owned, non-gendered fashion project established in 2004. The Shopping Bag first dropped in 2014 — meaning: our bag ain't new — it's the world that changed. Let's keep it changing," the brand wrote in its pre-order announcement. "We are not about hype and scarcity. We didn't set out to make an impossible to get product. The whole point of our bag is accessibility and community."

All of that to say, if you're looking to cop a Telfar du-rag, set a couple alarms to get on the website as early as possible. The drop will go live on September 9 at 12 pm ET.

You can see more of the new drop from Telfar's Instagram, below.