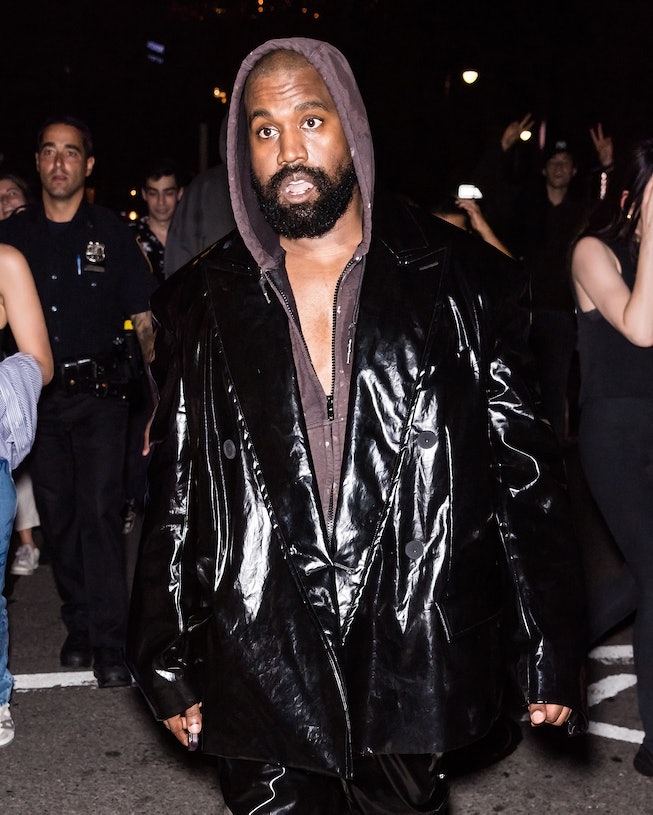 When it comes to Kanye West, it appears Gap isn’t able to keep up.

In a letter obtained by the Wall Street Journal on Thursday, the music and fashion mogul’s lawyers informed the American retailer that he was terminating the agreement, citing a lack of promised store openings and lag in moving product into Gap stores.

The news comes during a time when West, who now goes by Ye, has been anything but shy about his less-than-fuzzy feelings about his retail partnerships with both Gap and Adidas.

West partnered with Gap back in 2020, and the hotly anticipated Yeezy Gap collaboration amassed extensive fanfare and hopes of massive future earnings for both parties, pushed forward in part by a hoodie launched in late 2021 that the brand said generated its most sales in a single day ever.

Gap was slated to open brick and mortar stores dedicated solely to the line’s products. But the merchandise is still largely only available online, and West has publicly complained about various aspects of the partnership, including claims that he has been left out of the creative process. The Yeezy line will continue to be sold in stores and its website remains in tact, with the site’s offerings — from tank tops to anoraks — still available as of now.

Recently, West has been even more outspoken than usual (if possible) about his vision for the future of his brand and branching out on his own to impact the world beyond just fashion. He recently spoke with Bloomberg about opening campuses dedicated to shopping, education, farming, and living all together, named Donda after his late mother.

The news also comes just days after he released a YZY shades campaign with images featuring Candace Swanepoel (who at least two DeuxMoi followers think he is rumored to be dating) and an event during New York Fashion Week attended by the likes of Anna Wintour, Chris Rock, and Winnie Harlow.

As with most news surrounding West and his business plans, time will only tell what comes next. In the meantime, if you’ve been waffling on whether or not to snag a piece of the collection, it might be time to do it before it’s too late.