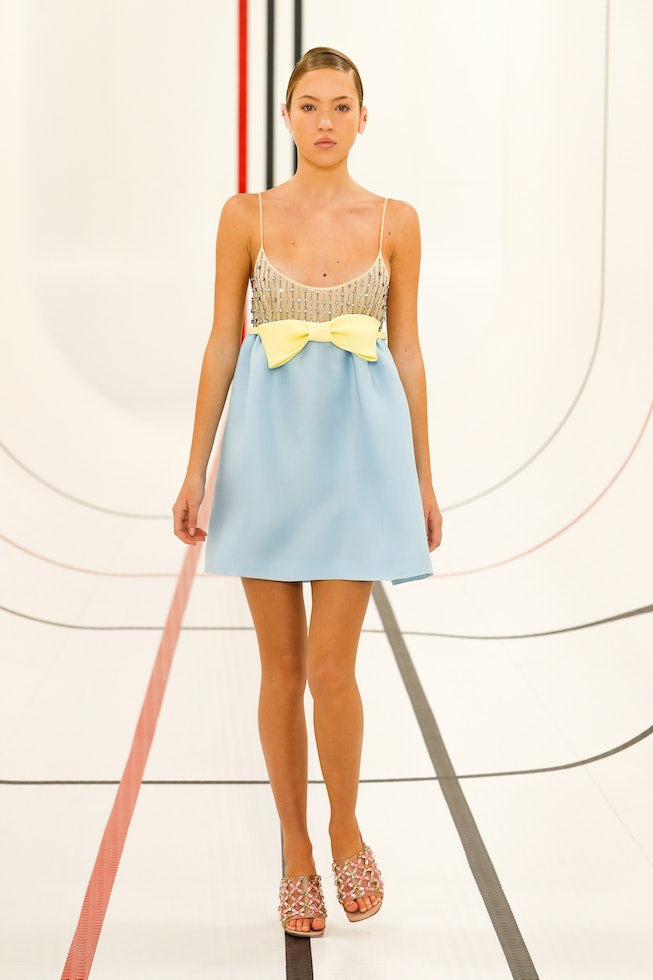 In a year of chaos and uncertainty, there have been few things that remain consistent: Beautiful models will reproduce more beautiful models. Kate Moss' daughter Lila Grace Moss made her fashion week debut during Miu Miu's Spring 2021 runway show in Paris on Tuesday, opening and closing the event. This marks yet another first for the 18-year-old model with the high-fashion brand, as she had her first-ever ad campaign with Miu Miu in 2019.

Vogue spoke to the 18-year-old model after the show, revealing that she's pretty much the average 2020 teen who loves flared jeans and binge-watched The Last Dance (with her mom, by the way). Like her fellow Gen-Z peers, Moss also shared what she's been doing to help make the world less of a dystopian hellscape, saying she's "cutting down on eating meat, supporting sustainable brands, and avoiding single-use plastic wherever possible."

Miu Miu has been a popular fashion entrée for burgeoning It Girls. In March, actor Storm Reid walked the runway for the label, following in the footsteps of Elle Fanning, who did the same in 2018. Tuesday's Miu Miu show was a hybrid in-person and digital event with young stars like Anya Taylor-Joy, Addison Rae, Zoey Deutch, Sydney Sweeney, and Precious Lee all joining in its virtual front row.

Take a look at Moss' runway debut for Miu Miu's Spring 2021 show, below.