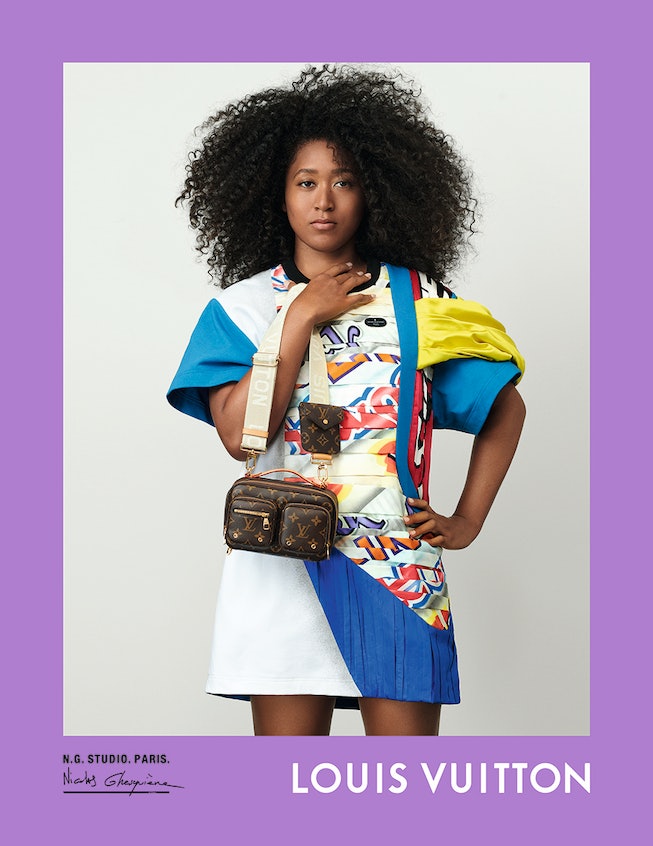 "Aside from tennis, my most treasured passion is fashion, and there is no brand more iconic than Louis Vuitton," Osaka said in January after her new role was announced. "It is such an honor to work with Nicolas — he's a designer I admire so much and we share a mutual love of Japanese culture and style. To become a global brand ambassador is truly a dream come true for me."

Osaka is set to have a very fashionable 2021. In addition to the new Louis Vuitton campaign, the tennis champion also joined a star-studded cast for Levi's Beauty Of Becoming campaign earlier this month.

"I feel like I've been really hesitant, and worried about what people think of me too often," she said in a video for Levi's. "Everything that I've experienced in my life, I want people to understand that that shaped me, and I want to use my platform for a good cause."