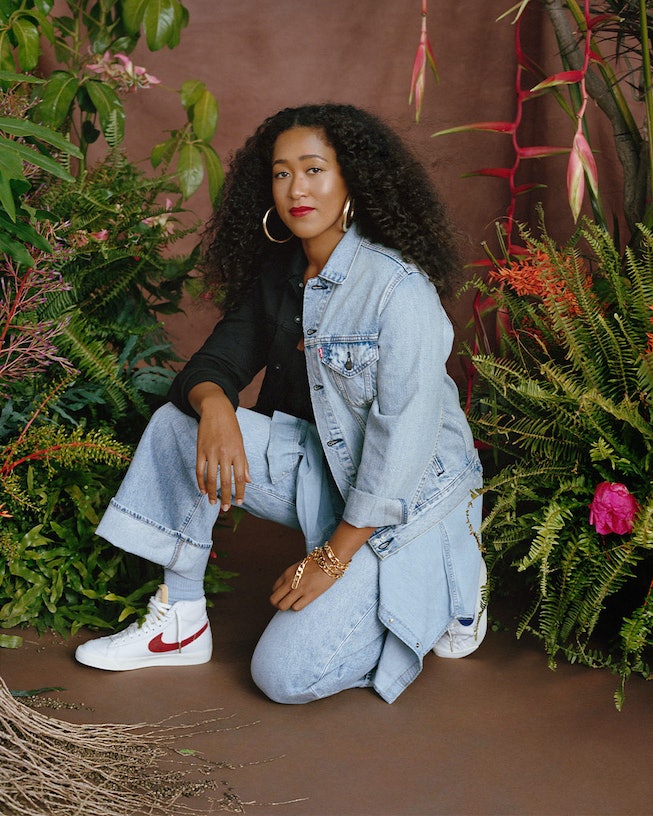 Another day, another fashion campaign starring Naomi Osaka. The tennis star is one of the famous faces in the Levi's Beauty Of Becoming campaign, along with Willow and Jaden Smith, Karla Welch, Leyna Bloom, and many more.

The campaign, shot by Shaniqwa Jarvis, debuted at the end of January with a film featuring original music by Phantogram, and through the months of February to June, a new short video starring each of the spokesmodels will go live almost weekly. Kicking off the series on Wednesday is Osaka, who speaks about using her global platform for a good cause.

"Activism for me means speaking what you feel in your heart," Osaka said in the video. "I feel like everyone has their experiences that shape them into a person, and no one can take that away from you. I feel like it's your individuality that makes you unique."

Osaka has turned her celebrity as a tennis star to raise awareness for different social causes, particularly the Black Lives Matter movement. During last summer's U.S. Open, she wore a different face mask each day with the name of a victim of police brutality. Her skills on the tennis court, along with the use of her platform, has led to Osaka as the face of fashion brands including Nike, Louis Vuitton, Tag Heuer, and, most recently, Levi's.

"Sort of a realization I had in the entire quarantine process, I feel like I had a lot of time to sit down and think, and more importantly, reflect on the choices in my life, and what I want people to remember me by," she continued. "I feel like I've been really hesitant, and worried about what people think of me too often. Everything that I've experienced in my life, I want people to understand that that shaped me, and I want to use my platform for a good cause."

Check out Osaka's full video for the Levi's Beauty Of Becoming campaign, below.