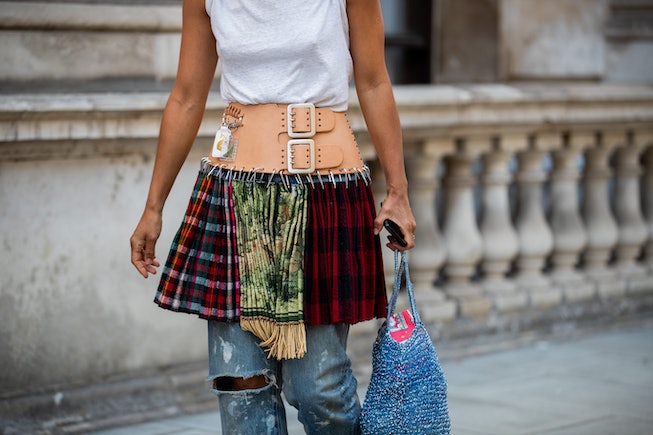 It's that time of the year again. On Tuesday, global shopping platform Lyst released its 2020 Year In Fashion report, and most of the findings will come as no surprise.

Marine Serre was listed as the top breakout brand of the year, thanks to celebrity fans like Beyoncé, Dua Lipa, Kylie Jenner, and Selena Gomez. After Beyoncé wore the brand's moon-print catsuit during Black Is King, searches for the French label jumped 426% in just 48 hours. Following closely behind is Telfar, the New York-based luxury brand with the coveted (and almost always sold out) Shopping Bag. The tote earned designer Telfar Clemens a CFDA Award, as well as a spot on Oprah's Favorite Things for 2020. Since August, the brand's searches have increased 270% each week.

As for the most influential celebrity fashion, Harry Styles took the top spot with the release of songs like "Watermelon Sugar" and "Golden," along with his JW Anderson sweater, which ignited a viral trend on TikTok. Beyoncé, Lizzo, Alexandria Ocasio-Cortez, and Paul Mescal also helped to round out the list.

Lyst's Year In Fashion rewind also projected 2021's rising fashion stars, listing five fashion brands that have recently seen notable boosts in their searches over the past six months. Check out the brands that about to be big next year, below, and read the full report on Lyst's website and check out its recap video on YouTube.