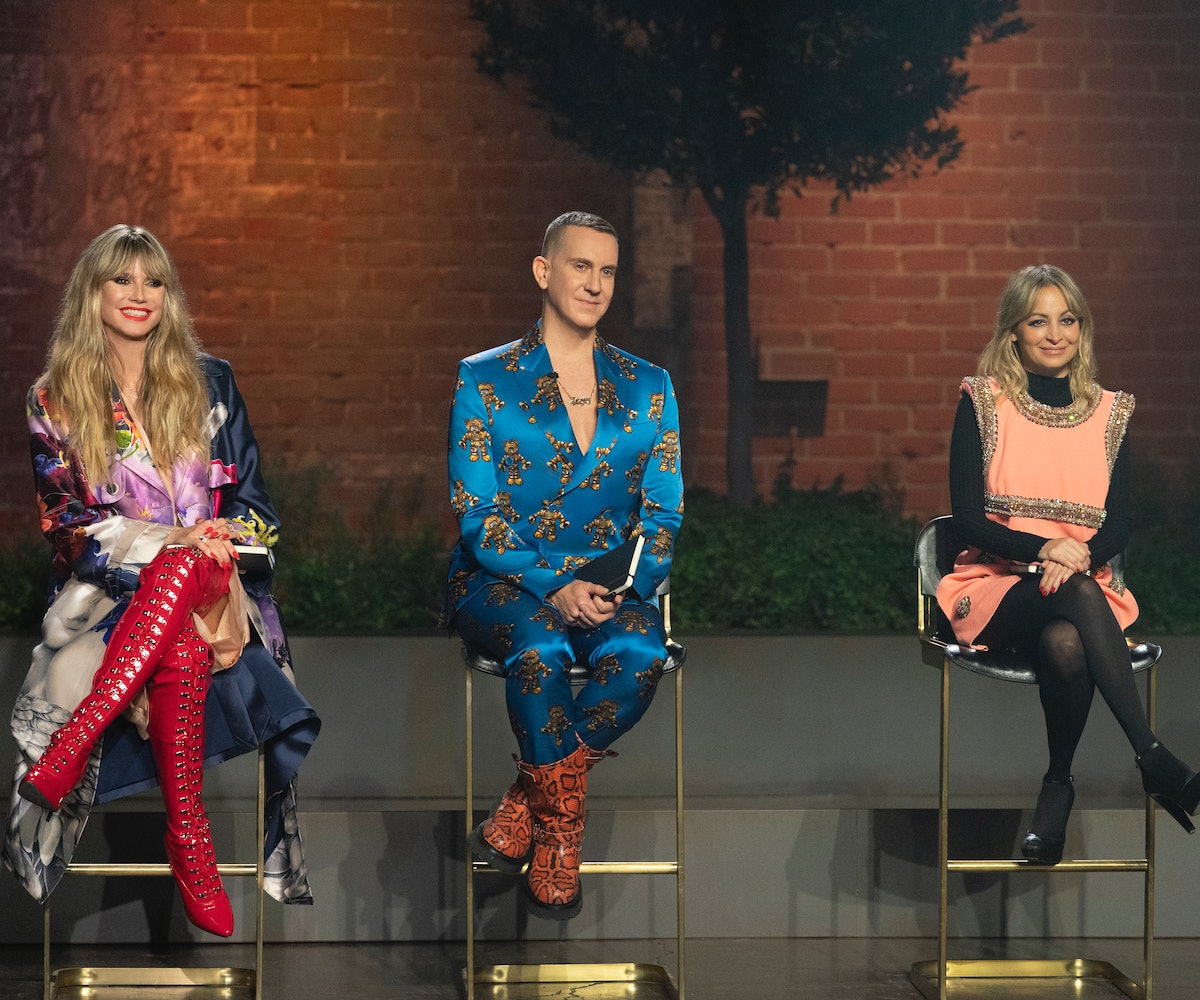 Making the Cut is back with Season 3 and a few judges are making their return, too. Following a successful second season, the fashion competition series on Prime Video will make its highly-anticipated comeback this summer.

The new season will feature 10 talented designers taking on even more rigorous creative challenges in hopes to score not only the first-place title but quite a stacked grand prize, as well. Though more information on the third season is rolling out over the following weeks, the first glimpse into the upcoming episodes so far reveals Nicole Richie and Jeremy Scott are joining alongside the show’s beloved mainstays Heidi Klum and Tim Gunn on the judging panel.

“I am excited for Making the Cut to return this summer for its third season,” said Heidi Klum in an official statement. “I was so happy to be reunited with Tim, Nicole, and Jeremy as we searched for the next great global fashion brand among our most talented group of designers yet! This season’s fashion far exceeded our expectations and there are so many amazing looks that I cannot wait to wear myself.”

Tim Gunn also added, “After watching the success of our past designers, including winners Andrea Pitter and Jonny Cota, I’m tremendously excited for fans to see what this season’s enormously talented group of designers has in store.”

See everything you need to know so far about the third season of Making The Cut, ahead.

Making The Cut Season 3 Is Coming Out This Summer

Though an official schedule hasn’t been revealed as of yet, the third season of Making The Cut is expected to premiere this summer.

The New Season Will Be Set In Los Angeles

Similar to Making the Cut’s second season from 2021, the upcoming episodes are also filmed out in Los Angeles, with its diverse fashion scene continuing to serve as the show’s go-to backdrop. Some of this season’s runway locations will include famous spots like Rodeo Drive in Beverly Hills, the unique desert landscape of Vasquez Rocks outside of the city, and a rooftop of skyscrapers overlooking DTLA.

Nicole Richie and Jeremy Scott Are Set To Judge Season 3

With the show’s premise featuring a rotating panel of judges, including the likes of Naomi Campbell, Carine Roitfeld, Joseph Altuzarra, and more in the past, Season 3 will include the return of some of our favorite industry icons who will join Klum and Gunn. This time around, actress and House of Harlow 1960 creative director — not to mention, Y2K superstar — Nicole Richie, along with top designer Jeremy Scott will serve as judges, with other guest judges throughout the episodes to be revealed at a later date.

This upcoming season will spotlight 10 emerging designers and entrepreneurs from around the world as they compete for the first place spot, but not without putting up a fight first. The design challenges in Season 3 are expected to be its most intense yet, with a number of very exciting brand collaborations, as well. The competition will be well worth it, though, as the winners from every challenge will have their designs offered for sale as part of Amazon Fashion’s Making The Cut store.

Like Before, The Winner Will Earn Some Epic Prizes

The soon-to-be winner of Making The Cut’s Season 3 will receive a grand prize of $1 million to invest in their business, plus a mentorship provided by Amazon Fashion. On top of that, the winner will have the chance to create an exclusive co-brand alongside Amazon Fashion and sell their coveted designs in its store.

While we wait for ‘Making The Cut’ to debut its third season on Prime Video, check back here for more updates to come.

NEXT UP
Culture
The Cutest Couples At The 2023 Grammys
Fashion
Jenna Ortega Is The Face Of Adidas’ Newest Line
It Girl
Madison Bailey Is Embracing The "Elegance" of Being in Her Mid-20s
Culture
Phoebe Dynevor Will Not Return for Bridgerton Season 3
Style + Culture, delivered straight to your inbox.