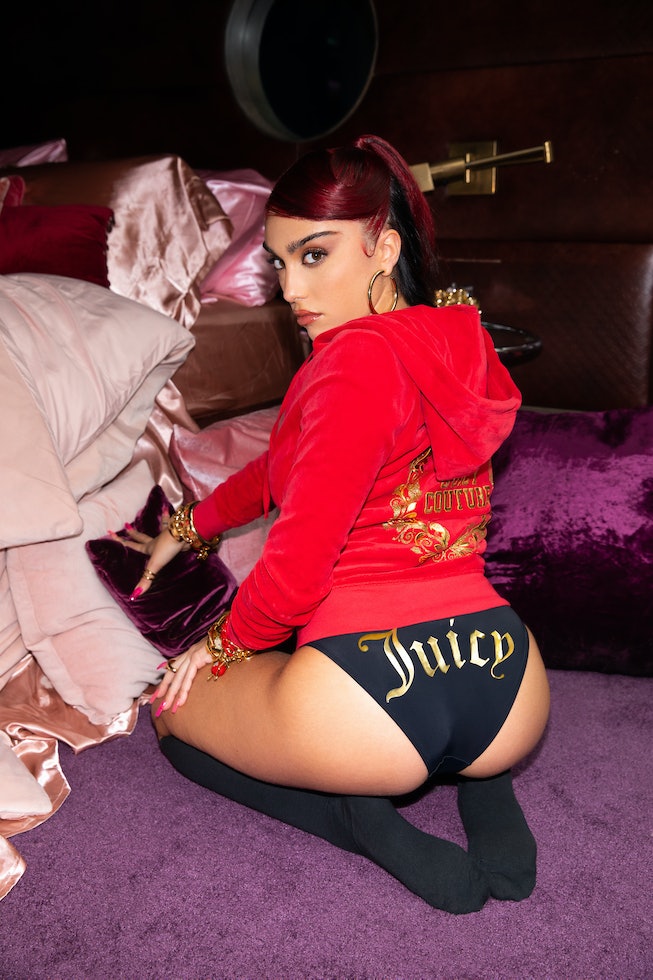 In recent months, Juicy Couture has quickly made a resurgence back into the fashion scene, with the relaunch of the brand's website, as well as some of this season's hottest collaborations with brands, like Apparis and Kappa. Now, the early-2000s brand has teamed up with Gen-Z underwear label Parade to bring you blinged-out and logo-covered underwear just in time for the holiday season.

Released on Monday, Dec. 7, the new collaboration is exclusive to Parade in the brand's classic cuts and fits that feature Juicy Couture's iconic Old English logo in a variety of colors. According to the brands' official announcement, the partnership was "inspired by the revolutionary years of the early 2000s when tracksuits were softer, rises were lower, and there was bling on everything."

If you're not into the bling, don't worry: other underwear styles consist of the Juicy logo written across the waistband or subtly placed on the hip. Plus, in true Parade fashion (known for its signature, limited-edition head scarf), the collaboration also includes a printed silk scarf that says "Live Free, Wear Juicy," along with a velour mini pouch.

The Parade and Juicy Couture collection can be purchased exclusively on YourParade.com and the items are available individually for $16 to $18, or as a bundle ranging from $48 to $88. You can check out more of the collection and the 2000s "It" girl-inspired shoot, below.