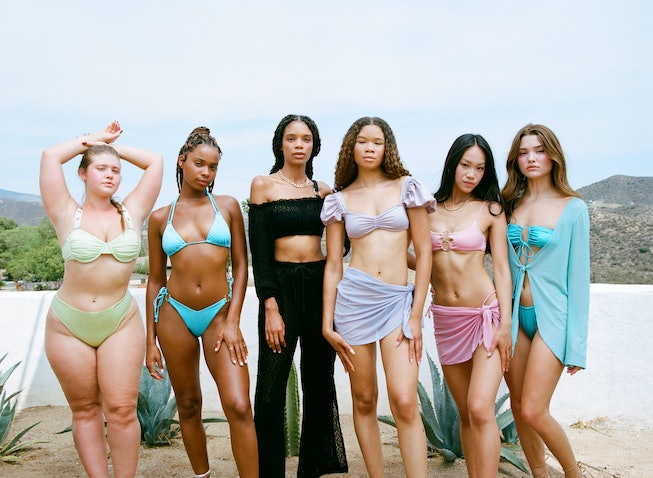 Storm Reid is one of the hardest-working stars we know. From being named the new face of Maybelline, walking runway shows, and filming the second season of Euphoria, you’d think the young actress would slow down and take a break. Well, think again. Reid just updated her resume with the new role of swimsuit designer.

On Thursday, July 1, which also happens to be her 18th birthday, Reid dropped her swim line in partnership with its exclusive retailer PacSun. Dubbed the ArashiBluCollection, this new collaboration is Reid’s first time trying her hand at designing swim. Since the connection to water is so natural for the July-born Cancer, the styles and designs came pretty easy to Reid. It’s also been a dream of hers for quite some time.

“I’ve always loved fashion. I look at fashion as a space to express yourself, to be able to go out in the world and put something on, take up space and be yourself, and really let the world know how you're feeling through your outfit,” Reid said in an official statement. “To be able to now have my own fashion collection and endeavors is something that is a blessing and is a real moment.”

The collection is filled with more than just swimsuits, which also includes matching cover-ups, like sarongs, dresses, tops, headscarves, as well as a matching pants set decked out in pastel hues and jewel tones.

In addition to its on-trend designs, the entire line promotes body positivity, which was really important to Reid and her mother, who also helped with the creative process. “If I didn’t like something or felt like it wouldn’t fit a certain body type, we would add extra hardware or extra support, or take things away,” Reid said in an interview with Vogue. “I was super involved in the [design] process.”

The new Storm Reid x PacSun ArashiBluCollection ranges from $20 $60 in price and is now available on Pacsun.com. Get a closer look at Reid and her swim line in the campaign, below.