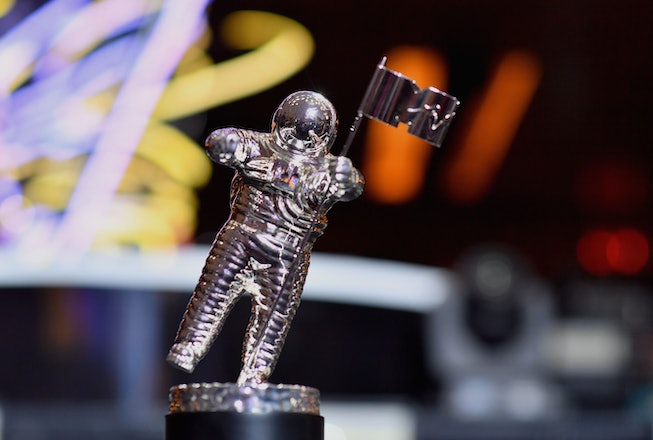 The thing about award shows — or any televised event in the year 2021 and beyond, really — is that no matter how much money is spent booking talent, getting dolled up, or creating elaborate sets for mesmerizing performances, memes poking fun at it all always end up eclipsing everything else. Memes are the time capsules of our era! Of course, the 2021 MTV Video Music Awards were no exception to this phenomenon, and many of us are guilty of keeping one eye on the television and one eye on the timeline.

Naturally, no part of the 2021 MTV VMAs was spared from the meme treatment. Who did, or didn’t, make it to the Brooklyn red carpet? Immediate joke fodder! What about Lil Nas X’s performance potentially pulling inspiration from a beloved pineapple-dwelling sponge who lives under the sea? You know it. And don’t worry, there’s also astute observations among the posts. “VMA night must be the longest break between ridiculousness reruns all year on MTV,” wrote music critic Craig Jenkins. When you’re right, you’re right.

Below, you’ll find some of the funniest memes and tweets from the 2021 MTV VMAs. Laugh it up!

NEXT UP
Culture
TikTok Dating Advice Is Hell On Earth
Culture
Who Won At The 2023 Grammys
Culture
Spice Girls May Reunite For King Charles’ Coronation
Culture
Kareem Rahma Survives A Dinner Party From Hell In “Really Rich Parents” Video
Style + Culture, delivered straight to your inbox.