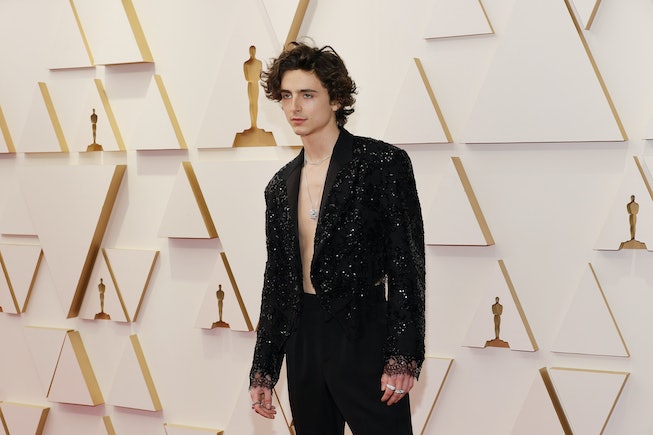 Film’s biggest night AKA the 2022 Oscars came back in full swing on March 27 with one of the most robust red carpets Hollywood’s seen in the past two years. And while the actors marinated in the red carpet glamour and attention, we the people were hard at work online doing what we do best: lovingly clowning them with memes.

From the red carpet to the ceremony itself, the 2022 Oscars had its fair share of all-star moments, including but not limited to a shirtless Timothée Chalamet cosplaying as a TikTok star, Kristen Stewart running around in Chanel hot shorts, and Will Smith’s slap heard around the world. See the funniest memes, tweets, and reactions from the 2022 Oscars, below.

Hot from the Oscars Red Carpet

But first! A crucial throwback

The slap that launched 1,000 ships