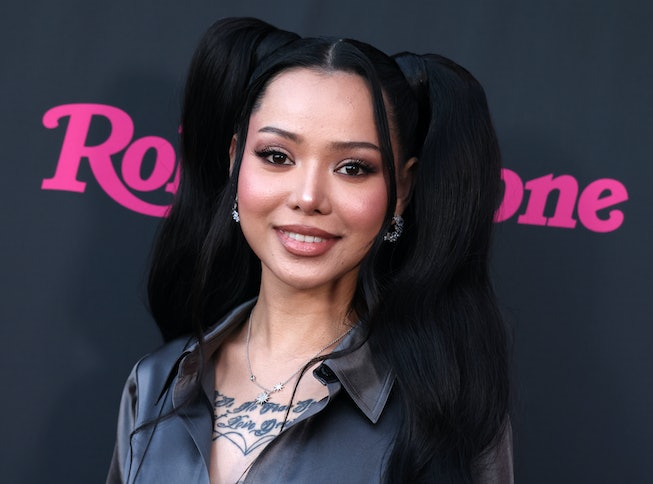 Bella Poarch fans have thus far been treated to her impossibly catchy pop music with a slow drip — a viral single here and there that takes over #FYP pages across the globe. Soon, they’ll be gifted a flood of material, as the singer releases her long-awaited debut album Dolls. Produced by Sub Urban, Poarch’s EP has been in the works for more than a year and will finally be released on August 12.

Three weeks is an eternity for any superfan, so Poarch has graciously doled out the title single to tide everyone over. She recently released “Dolls,” a dark, hypnotic, angry pop song that’s a kind of spiritual sequel to her hit “Build A B*tch.” “Dolls” is only Poarch’s third single, but her first two: “Build A B*tch” and “Inferno” were career-making hits, garnering incomprehensible numbers of streams and making Poarch into a superstar before she’d ever released an EP.

“‘Dolls’ is all about self-empowerment and confidence,” Poarch said in a statement. “It’s a follow up to my song ‘Build A B*tch’ but it stands out on its own as well by being gentle but fierce, beautiful but deadly. The importance of helping one another while also not letting anyone make you feel weak or worthless.”

Here’s everything else we know about Dolls so far.

Poarch devotees know that she and Grimes have cultivated a friendship through their mutual passion for NFTs and jousting — interests which paid off in a big way with Grimes giving Poarch her seal of approval by making a cameo in her music video for “Dolls.” Also in the video are close and personal friends Bretman Rock, Dream, Valkyrae, Chloe Cherry, Ludwig, and Madison Bee.

Our fingers are still crossed for Grimes and Poarch to release a song together. In an interview with Cosmopolitan, Poarch said she met Grimes through producer Benny Blanco. “She’s one of my closest friends. They were in his studio and I decided to go. We might have a song together,” she said. “One day she’s just like, you know what, let’s go jousting. Or you know what, we should go take a falconry class.” Ugh, to be rich and have glamorous hobbies!

Poarch may be performing live soon

In a recent interview with Variety, Poarch hinted that she would like to perform live soon. “I’m looking forward to that because I keep telling everyone that I’m a performer, even though I have social anxiety,” she said. “When the lights and camera are on me, it’s different.” Let’s hope so...due to the nature of the “girl with a guitar and a dream” to viral TikTok star pipeline, Poarch will probably go straight to performing in massive arenas.

“Dolls” could be the start of a Poarch universe

In many ways “Dolls” picks up where “Build A B*tch” left. In the latter, Poarch lambastes the idea that you can design a perfect woman, with the music video taking place in a factory, whereas in the former, she liberates dolls from the same factory. It’s not clear how much more she’ll explore in this theme, but it’s probably not the last we’ll see of the “Match Made in Heaven” factory that serves as the setting for both videos.