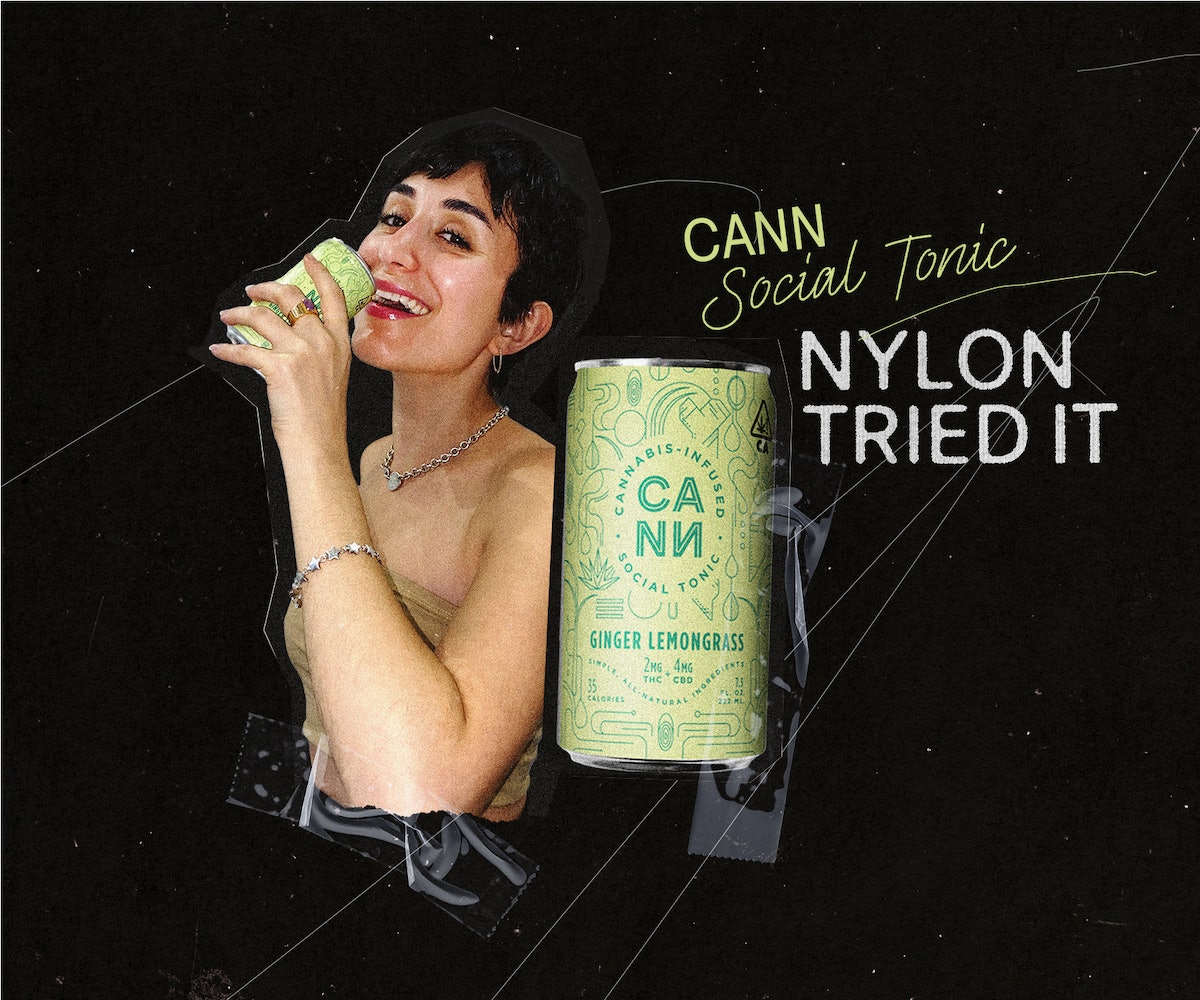 After a gorgeous evening spent dancing and sipping on three dirty vodka martinis, I experienced a 24-hour hangover so grueling, so mind-altering, that I could only shift from my horizontal form to get on my knees and beg God for mercy. As it turns out, poisoning my one body with alcohol has severe consequences that I am neither physically or emotionally prepared to face. If only there were an elixir that loosened one up and provided a giddy time that also didn’t force the body to retaliate with a vengeance. Thankfully over the past few years, science (along with some savvy marketing) has come up with a solution: THC seltzers.

I used to be a chiller, but my aptitude for smoking has diminished somewhere close to nonexistent; weed makes me paranoid and has me convinced that everyone in my life not only hates me with a passion, but also wants me dead. I famously once had a shaving of an edible and fell into a spiral about what would happen if AIDS mutated into an airborne virus (this was years before the pandemic because my twisted mind is nothing if not creative). All of this is to say that I am straight up not a good time when I’m high.

I was curious about cannabis beverages as a last ditch effort to see if weed and I could hang at all. I opted in for Cann; the company quipped about how alcohol is essentially legalized poison — I’m always saying this! — and all of their flavor profiles, which include concoctions like Blood Orange Cardamom and Grapefruit Rosemary, sounded legitimately delicious. I’ll try anything once, and I’m so glad I did: I am forevermore a Cann devotee.

Unlike Cann’s alcoholic seltzer contemporaries, the product actually tastes good. (What a concept!) There’s no hint of weed in any sip, no cloying sweetness, just refreshing and crisp notes as light as its carbonation. Cann’s latest edition, the seasonal Ginger Lemongrass, couldn’t come at a better time. The beverage, with its burst of citrus and delicately spicy kick, is essential for summer.

"Ginger is often used in beverages as a naturally cleansing ingredient, but not all ginger is created equal,” says Cann co-founder Luke Anderson. “We selected Fijian ginger juice for its sharpness and complexity, which pairs exceptionally well with lemongrass to create a tropical 'spring break from hangovers' feeling while drinking."

Spiked seltzers cannot compete where they don’t compare, with the exception one caveat: the price. A 6-pack of can costs $23, and are currently only available in states in which cannabis has been legalized. While this can be prohibitive for some, I think it’s a great alternative to alcohol or being terrorized by an edible. Will I swear off the Martini forever? Probably not, but I like having my options open.

At two milligrams THC and four milligrams CBD, Cann is a savior for the lightweights of the world. (There’s also a “Hi Boy” version with five milligrams THC and no CBD, for the less baby among us.) One Cann left me feeling relaxed and bubbly. I was fully functional, able to stay charismatic through dinner, and had absolutely zero hints of paranoia. Two Canns has me feeling delightfully silly, free, and with a divine — but totally manageable — body high. The best part is, I woke up the next morning without feeling death’s icy presence in a hangover. Consider me a born-again chiller.