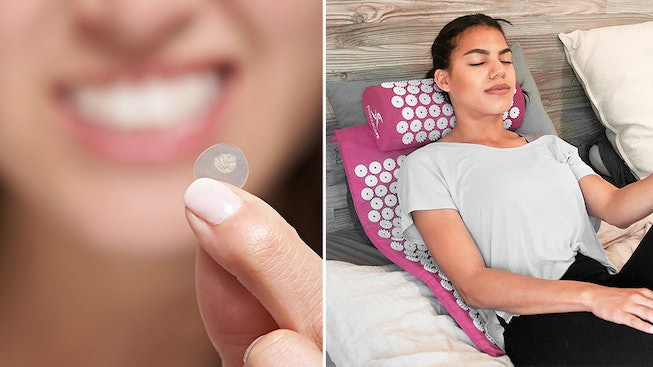 Spending money is easy, but you know what isn't? Saving it. After a few way-too-high credit card bills, I've been trying my hardest save instead of spend. But truth be told, it's not going well. So as a compromise, I've made a deal with myself: I'm allowed to spend money, but only when it's on a cheap Amazon product I'll use on a daily basis. (And ideally, it'll come with free two-day Prime shipping.)

That might sound pretty restrictive, but don't be fooled — Amazon's got tons of handy gadgets that won't break the bank. Take the egg scoop I've included as an example. Not only is it made from rustproof stainless steel, but it also helps you separate your yolks from their whites without getting your hands dirty. And if you aren't into cooking, don't worry. There's still a miniature iron that can do so much more than cook waffles, as well as a shampoo brush that can help stimulate blood flow in your scalp. Because if there's one thing I'm definitely allowing myself to spend money on, it's a soothing scalp massage that I'll give myself every day.

With so many freakin' good products available on Amazon, don't be surprised if you find yourself reaching for them constantly. Keep scrolling for some of my favorites.