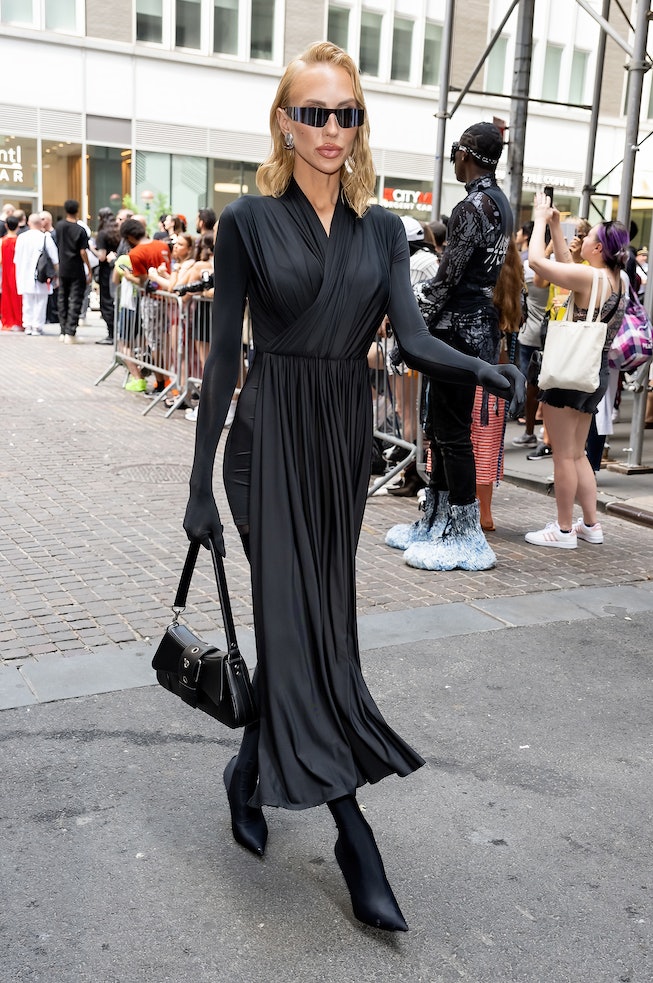 Christine Quinn was always playing in a different league than her Selling Sunset co-stars. The other realtors of Selling Sunset might be gorgeous, power hungry, and experts at walking through construction sites in stilettos, but none of them had Quinn’s reality star chops.

Quinn embodied the mantra “gaslight, gatekeep, girlboss,” with a flair for the dramatic, whether it be hosting an engagement party with a zebra in attendance or sending her on-again-off-again friend Heather a heart-shaped floral arrangement the size of small horse during her bridal shower. She was responsible for virtually all of the drama on the show, but without her, it would just be a bunch of wannabe actors selling mansions to venture capitalists and Taye Diggs. Her reality chops would be much better-suited with others of her skillset: This woman was born for the cast of Real Housewives.

Quinn threatened to quit the brokerage after sabotaging a deal for Emma Hernan. She was planning to return to the show until she gave a career make-or-break interview on the podcast Call Her Daddy, where she revealed disturbing truths about the show’s producer Adam Divello.

“We have to look at what Adam DiVello has done as a whole, as a human being, as the person that he is,” Quinn said, saying that he “actually told me to go fall down the stairs and kill myself at one point.” Quinn said she and other cast members have filed multiple complaints against DiVello and that he is allegedly no longer allowed on set because of misconduct, which she said was “extremely terrifying.”

“After Christine made her feelings known about Adam DiVello, she came to a mutual decision with Netflix and the show’s production companies that it made sense to exit before Season 6,” a source told Page Six.

Another source said that Quinn is ready to move on to bigger and better things, like walking “the catwalks in New York, Milan and Paris.”

“Christine knew this day would come. She’s proud of the work she put in to make Selling Sunset a success, but she could see herself phasing out of the cast even before she began filming Seasons 4 and 5,” another source added. “Her goals are far bigger than playing a villain on an ensemble reality series. She can’t wait to start the next chapter of her career and show the world who she truly is.”

Page Six also reported that Quinn has since started her own real estate company RealOpen. (Fingers crossed for a BeReal collab.) Selling Sunset was renewed for a sixth season in the spring; it’s unclear when it will be released, and even less clear if it will be worth watching without our favorite glamazon.