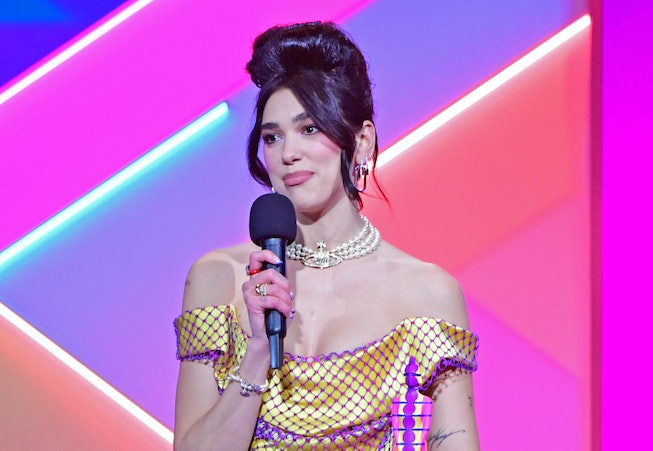 Senator Bernie Sanders defended Dua Lipa against an ad that called the singer anti-Semitic for voicing support for Palestinians facing escalating violence in the Gaza region.

“The attacks against Dua are outrageous,” Sanders said in the interview, which is part of Vanity Fair’s June cover story. “Simply saying that we must uphold international standards of human rights consistently, even when it’s politically difficult, is not anti-Semitism. The time is now to adopt an even-handed approach in the conflict, one that says Israel has the absolute right to live in peace and security, but so do the Palestinians. It is good that we are seeing the rise of a new generation of leaders, like Dua, who are speaking out in support of building a society based on human needs and political equality.”

The ad was taken out in The New York Times in May by pro-Israel group World Values Network, who conflated Lipa and Bella and Gigi Hadid, who are both of Palestinian descent and have been vocal about supporting Palestine, with anti-Semitism. Lipa rejected the accusation on Twitter, writing:

“I utterly reject the false and appalling allegations that were published in the New York Times advertisement,” she wrote. “I take this stance because I believe that everyone — Jews, Muslims, and Christians — have the right to live in peace as equal citizens of a state they choose. The World Values Network are shamelessly using my name to advance their ugly campaign with falsehoods and blatant misrepresentations of who I am and what I stand for. I stand in solidarity with all oppressed people and reject all forms of racism.”

Lipa and Sanders have been pals for a minute now; Lipa campaigned for Sanders in the run up to the 2020 Presidential Election and has publicly supported the senator while Sanders presented Lipa with the Powerhouse Award at the 2020 Billboard Women In Music event. "Lipa has said loudly and clearly with her actions that now is the time to fight for a better future for all,” he said at the event. “She is fighting for young people, women, refugees, the LGBT community [and] she is using her platform to bring people into the democratic process. She is raising her voice to demand real change."