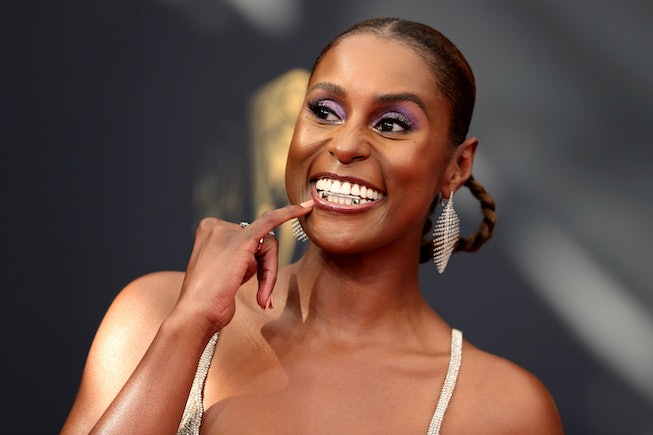 Yes, technically the Emmy Awards are about recognizing the best of the best when it comes to television. But just like any award show in this day and age, the good people of the internet experienced the Emmys 2021 through one medium: memes. Twitter dot com, home of hottest takes and the best meme artistry, spent the evening poking fun at the Emmys 2021, from the red carpet and beyond.

On the red carpet, Saturday Night Live’s Bowen Yang pulled out all the stops with a pair of silver, platform boots, while The Queen’s Gambit star Anya Taylor-Joy turned up the volume on silky glamour in Dior couture for her Emmys debut, and Issa Rae dazzled with her sparking grill. Cedric the Entertainer took over the coveted hosting gig for the Emmys 2021, bringing some prime crowd work throughout the evening and keeping things smooth as a stream of talented British actors and actress swept the awards.

The Emmys 2021 vibes were questionable at best; Rita Wilson rapped not five minutes into the awards, and Cedric the Entertainer did a sketch about the fly that landed on former Vice President Mike Pence’s head for some odd reason, even though the joke was from a 24-hour meme cycle from what feels like 100 years ago. That’s showbiz, baby?

See the funniest Emmy 2021 memes and tweets, below.