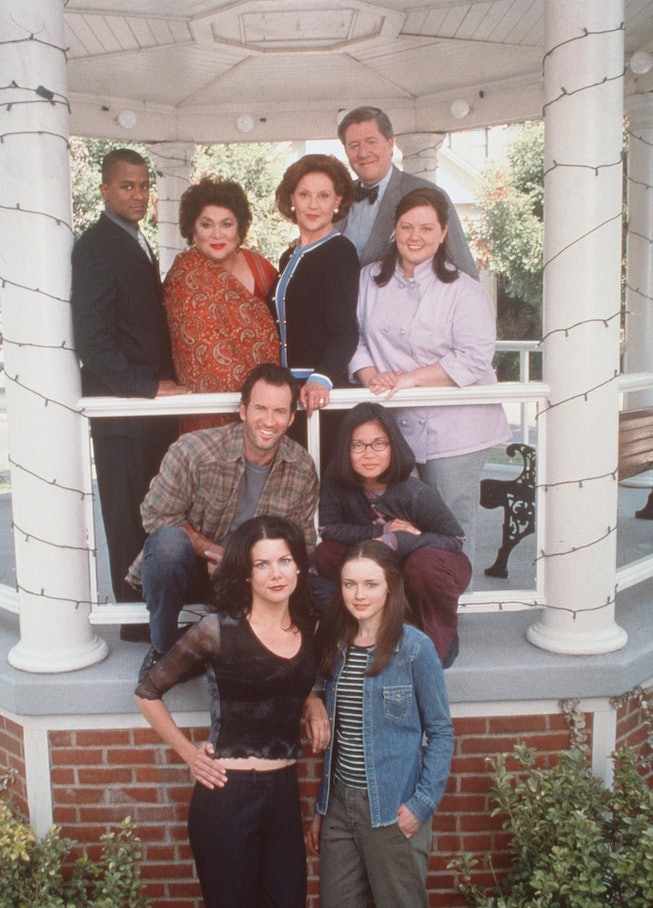 Real Gilmore Girls fans know the crux of the show isn’t about Rory and Lorelai, but about Lorelai and Emily. It’s about issues of class, generational trauma, and the vast complexities of the mother-daughter relationship as much as it is about the wacky happenings of small-town Connecticut where everyone just so happens to make rapid-fire pop culture references in normal conversation.

Nevertheless, the ranking of Rory’s boyfriends has long been the show’s most hotly debated topic, with dozens of articles and Reddit scholarship on the topic, all of which resurfaced for the Gilmore Girls: Year In The Life Netflix special in 2016. It’s been more than two decades since the show’s premiere, and if you bring up Gilmore Girls in a crowded room, you’ll still see a chorus of people swoon, clutch their hearts, and utter, “Jess!” to nobody in particular.

Obviously, there is a right and wrong answer (Logan was the best boyfriend for her, Dean is a psychopath), and we’ve taken it one step further and broken down a definitive ranking of every man on Gilmore Girls. Because for a show primarily about the relationships between three generations of women, there’s an annoying amount of men roaming around Stars Hollow — maybe even more than women?!

Despite being Rory’s first boyfriend, this man was a walking red flag. From getting in fights at Rory’s school dance, to being stoked on her dressing up as 1950s housewife Donna Reed to cook him meatloaf, to cheating on his wife with Rory — he was toxic, toxic, toxic. The worst thing about Dean (played by Jared Padalecki) was that he thought he was a nice guy. Enough!

This smooth-talking, spiky-haired prick called Rory “Mary” (as in the Virgin Mary) when she transferred to Chilton, which was not only gross, but unoriginal. He was also rude to Paris and pulled a textbook bad-boy move and got into a fight with Dean at a dance. His only redeeming quality, you might wonder? He was played by Chad Michael Murray in his 2001 prime.

Like Dean and Tristan, Christopher had almost no redeeming qualities. A spoiled rich kid, he didn’t help raise Rory and then sporadically came back into her and Lorelai’s lives, promised he’d stay, and then took off again. David Sutcliffe’s character failed at almost every business venture, and even his uptight wife Shari left him, but he gets one point for looking kind of hot on a motorcycle.

How Zack was able to bag the drummer goddess that is Lane Kim we will never understand. Zack Van Gerbig, played by Todd Lowe, couldn’t cook, clean, or take care of himself. He wasn’t that good of a guitar player! He was only mildly cool and didn’t understand how lucky he was that Dave Rygalski moved to California so Adam Brody could be on The O.C., because that was the only way Lane would be with him. Let’s not forget Mrs. Kim’s unbridled disgust toward him either — you don’t call just anyone a “wild pig of filth” who will “swim in the sludge with Satan’s hell dogs.”

Jackson and Sookie had their cute vegetable chemistry: There were no other two people in the world who would sleep with their vegetables to make sure they didn’t get frosty overnight. But never forget that this man lied to her about getting a vasectomy — points had to be docked! I’m sure the man behind the character, Jackson Douglas, doesn’t claim any of Belleville’s wrongdoings.

Besides it being wildly inappropriate for a teacher and the parent of a student to date at a school as gossipy as Chilton, Max, originated by Scott Cohen, was actually a good teacher. He gave Rory the first D of her life, which she needed to get taken down a few notches. He probably would have been good for Lorelai too, but right before their wedding she decided she didn’t love him, because she rejected stability over and over again. (Sorry to those who relate!)

Let’s get the collective groan out of the way. Taylor was the worst, but that freaky dude was the backbone of Stars Hollow. Basically the de facto mayor, Michael Winters’ character made sure the town had their silly events wherein 90% of major plot points happened. Rory and Dean’s grocery store kiss and the 24-hour dance marathon where he broke up with Rory? Thank you, Taylor!

Sure, Edward Herrmann’s character had a lot of toxic masculinity and some very antiquated upstairs-downstairs ideas about the world — but Richard made Emily Gilmore happy and ultimately only did the best for his family, and for that we are in awe. Plus, we love his little bow ties.

Name a worse employee than Michel, played by Yanic Truesdale, who was constantly rude to guests and refused to do basic job duties. But we appreciate his love of chow chows and let’s face it: Someone needed to roast Lorelai every once in a while, because she didn’t do that much work at the Independence Inn either. (Literally — Sookie did everything!) At least they could finally make him openly gay in the Gilmore Girls: Year In A Life Netflix miniseries.

There’s something immensely comforting about flannel- and backwards hat-wearing Luke Danes, the only attractive adult male in Stars Hollow. He might have had a secret daughter who was smarter than him, not known how to express his feelings, and thrown adult temper tantrums, but this king was always there, giving Lorelai the safety and consistency she needed to complete her character arc, so we’ll allow it. Plus, the beloved Scott Patterson, the man behind Luke’s sarcastic yet lovable demeanor, built her a chuppah and made her an ice skating rink! A man in men’s business.

Dave gets major points just for being played by Adam Brody, but he was also the sweetest boy on Gilmore Girls. This king pretended to be in a Christian rock band, ate Mrs. Kim’s fake egg sandwiches, and played at church just to gain Mrs. Kim’s approval because he had a massive crush on Lane. He also didn’t drink soda because the carbonation “freaked him out” — he was so gentle. It’s too bad Brody had to go be Seth Cohen, but we like to think that in an alternate universe, Lane moved to Orange County and started a band with Seth and they fell in love forever.

It’s a controversial opinion, but Logan was Rory’s best boyfriend. Obviously, our hearts will always be with our little literary bad boy Jess (more on this soon), but Logan, played by Matt Czuchry, was by far the most compatible with Rory. Logan was the only boyfriend who could give Rory the East Coast media elite life she wanted, and as much as we all wish Rory would have moved to Philly and run a lit mag with Jess, we know that girl was going to get a staff writer job at New York magazine and live in the Huntzberger penthouse, or maybe in Park Slope if she had a bohemian-lite phase. Plus, Logan’s Life and Death Brigade antics at Yale weren’t not hot. Rory needed to loosen up, and nobody else could get her to jump off five-story scaffolding wearing a ball gown and carrying a parasol.

Logan may have been Rory’s best boyfriend, but Jess was why half of us watched the show at all. Jess’ hotness was undeniable: his leather jacket, his tortured, sad boy attitude, how his flirting style was gifting dog-eared copies of Moby Dick, and spontaneous trips to Washington Square Park. It can’t be denied: Jess was the blueprint. Even though he ultimately abandoned Rory and moved to California without telling her, he made up for it by convincing her to write a book in the Netflix miniseries. Many Gilmore Girls fans were ecstatic to watch Milo Ventimiglia steal their hearts once again, this time as a more mature, romantic husband in NBC’s hit drama This Is Us. Think, less tortured bad boy, more extremely handsome father of three.

What more could you want in a man than drive, passion, and consistency? Kirk had it all: He could write, direct, and star in avant-garde performance art that rivaled David Lynch; he could carry the expansive vocal range of Tevye in Fiddler On The Roof; he had literally every job that existed in Stars Hollow. Sean Gunn’s character was a man of the people, and the people were lucky — especially Lulu. It’s just too bad he and Lorelai never dated.

This article was originally published on Aug. 25, 2021