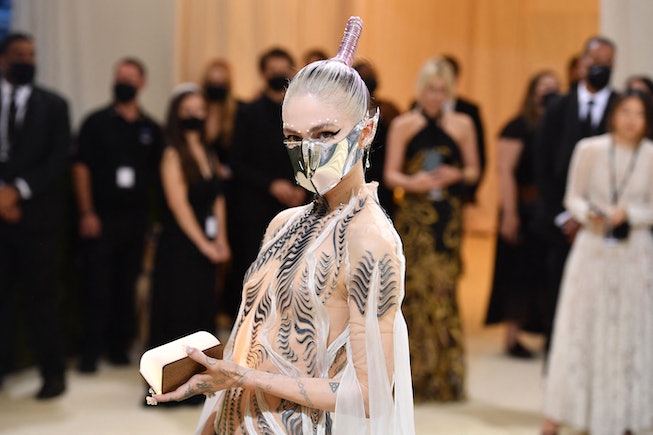 Grimes is a very interesting example of an indie artist who was rapidly catapulted into the twisted world of celebrity. In 2015, most press surrounding Grimes was in relation to her music, specifically her masterful record Art Angels, or light coverage involving the fashion world. By the time her follow up record, Miss Anthropocene, landed in 2020, Grimes had already embarked on a high-profile relationship with tech billionaire Elon Musk, and began to find herself under extra scrutiny from haters worldwide. Grimes had become tabloid fodder, a trend that continued even as Musk announced their split after three years of dating on September 24. Grimes is naturally fed up with the press cycle surrounding her personal life (please don’t be mad at this article, Claire!) and forged an outlet to the emotions with a new song, “Love.”

“I wrote and produced this song this week in response to all the privacy invasion, bad press, online hate and harassment by paparazzis I’ve experienced this week,” she wrote on Instagram alongside a video of her performing the song. It’s a classic Grimes track with ethereal vocals and dreamy production that’s ideal for when you’re coming down at a rave. She’s even got an intergalatic princess look going, with her signature, psychedelic warlord makeup, metal hair accessories, and lots of flowing fabrics. The lyrics, however, are melancholic: “It f*cking sucks to be awake / Oh Lord I pray my soul to take/ nobody understands because / everything they hate/ is everything I love.”

“Love” comes after Musk gave a statement to Page Six that he and Grimes were “semi-separated” and would continue to co-parent their one-year-old son, X Æ A-Xii. Grimes gave her own troll-forward statement on September 27. “I’ll be colonizing [one of Jupiter’s moons] Europa separately from Elon for the lesbian space commune,” she said.

In the meantime on earth, Grimes is busy as a judge on the new singing competition show Alter Ego, in which contestants perform using CGI avatars. She’s also gearing up to release a new album she’s referred to as a “space opera” about a lesbian AI romance.

“It’s a space opera about CLAIRE DE LUNE — an artificial courtesan who was implanted in a simulation that is a memory of the AI creation story on earth from the brain of the engineer who invented AI because he wants to re live his life but see if his perfect dream girl could teach him to love and thereby he would preserve humanity this time rather than let them fade into obscurity — overcome by the machines,” she explained.